The Mexican navy has ordered two more Airbus Military C295s to add to its four-strong fleet of the medium transports.

Announced on 29 October, the new aircraft will add to the navy’s fleet of Airbus Military transport aircraft, which includes six CN235s and two C212s in addition to the C295s.

The navy will operate the new aircraft “on a diverse range of transport missions” for military, civil and humanitarian missions, according to a statement from Airbus Defence and Space. 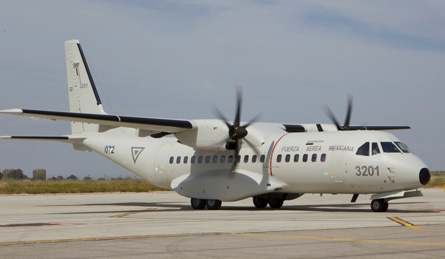 The Mexican air force operates six C295s, with four more on order, all of which are expected to be delivered by mid-2014, according to Flightglobal’s Ascend fleet database.

Two CN235s are also operated by the federal police in Mexico, making the nation the largest Airbus Defence and Space customer in Latin America.

In May, Mexico carried out an evaluation of the company’s A400M tactical transport in country. A “Grizzly” was flown to Mexico City International airport and carried out a series of demonstrations.