Production of Sikorsky’s MH-60 Seahawk is set to conclude in the next 18 months as the US Navy tops off its fleet and potential international customers have yet to commit to buy additional aircraft.

The USN is set to receive the last of the 280 MH-60R variants in the programme of record this June and then another eight of the helicopters in 2019 – additions to the 2018 budget. The Saudi Royal Navy is to receive 10 MH-60Rs in July.

“The production line is still active. It is still operating. It is coming towards the end of its life,” said USN Capt Craig Grubb, who manages the MH-60 helicopter programme. “If you want to buy MH-60s this is the time to act.”

International customers are expressing interest in the MH-60R but have yet to make commitments, he added. The MH-60R is operated by Australia and Denmark, in addition to the United States and soon Saudi Arabia. 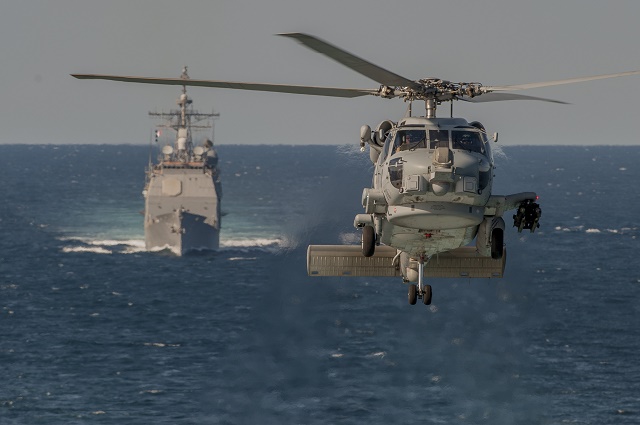 In addition to the MH-60R, the USN also operates 275 MH-60S helicopters, which were delivered in 2016, and a small number of the MH-60H helicopters, one of the original Seahawk helicopter variants which was ordered in the 1980s.

“That will be the culmination of the helicopter master plan for naval aviation,” he said. “Going from a multitude of seven type model series to now end up with just two in the end: the MH-60S and MH-60R.”

The USN plans to operate the latest two variants of the MH-60 Seahawk for decades to come, said Grubb.