As a single-word description, 'excess' normally suits the commercial segment of the Dubai air show. If it’s actually possible to do nothing excessively, the term fits again this year.

Four Gulf carriers combined to order more than $170 billion-worth of airliners on the first day of the Dubai air show in 2013. Two years later, the same four airlines – Emirates, Etihad, FlyDubai and Qatar – played transactional hooky from the event.

The only completely new commercial sale of any significance announced was from a Vietnamese carrier – an entity based as far from Dubai as London.

Plenty of narratives could explain why the stream of orders expired this year. Perhaps the region’s airline executives should be taken at face value when they say they don’t need to order more aircraft at the moment.

Or possibly the absence of Middle East orders could be interpreted as a political gesture. With so much scrutiny on the growth plans of Gulf airlines, particularly in the USA, signing another round of blockbuster deals might be like spraying oil around a hot jet engine. 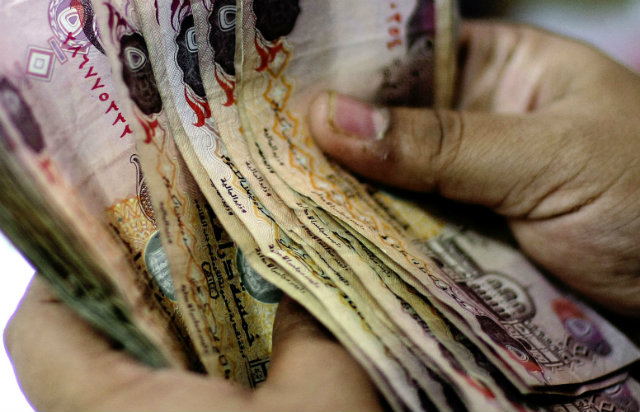 Saving it for a rainy day?

But there should be little worry about the validity of the third possible narrative. Ever-growing Airbus and Boeing single-aisle production rates again raise fears of an order bubble. But the region’s acquisitive abstinence in Dubai does not fit into that profile. Not only are their backlogs robust and secure, no responsible forecast imagines that situation changing in the near future.

The caveat to any such prediction, of course, is the increasingly complex outbreaks of violence in so many states neighbouring the Gulf. It is that situation that prompted most of the spending at the show.

And the UAE also added to one of the world’s most eclectic collections of aircraft development projects.

The country already sponsors unmanned and maritime patrol versions of the Piaggio Avanti II, and operates a cropduster converted into a heavily armed gunship. Now it is also the first committed backer of the AgustaWestland AW609 civil tiltrotor – helping that programme rebound from a recent flight-test tragedy. Oh, and it tentatively ordered personal jetpacks for its emergency services. As you do.

When the time is right, the region’s airlines may serve the same purpose for certain commercial programmes, such as the Airbus A380neo. But that time has not yet come.