A final live guided firing with an MBDA Meteor beyond-visual-range air-to-air missile was conducted at the Biscarrosse facility in southwest France. This was "performed against an aerial target located at a great distance, and immediately followed by a simulated [MBDA] Mica missile fired against a different target", the DGA says. 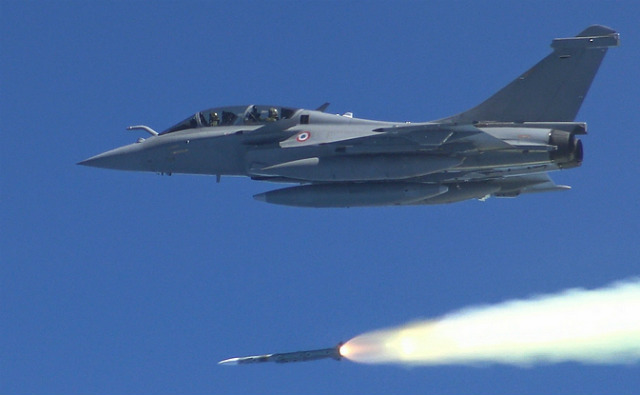 The DGA describes the combined Meteor and Mica test as "representative of the new capacities made possible by the association of Meteor and the [Thales] RBE2" active electronically scanned array radar.

Already operational with the Swedish air force's Saab Gripen C fighters, the ramjet-powered Meteor recently underwent its final test firing on the Eurofighter Typhoon, ahead of entering service with the air forces of Germany, Italy, Spain and the UK from next year. The European weapon will be carried by French air force and navy Rafales.

MBDA sales and business development executive Rob Thornley says the Meteor's long-range performance and enlarged "no-escape zone" will give operators between three and six times the capability of a traditional air-to-air missile. "The operational threat is changing, and we have a big advantage at the moment," he adds.

Meanwhile, Thales's Talios laser designation pod has undergone its third and penultimate series of tests with the Rafale. During flights conducted from the Istres test centre, the sensor demonstrated "remarkable accuracy in the extraction of target co-ordinates, and the high quality of the images produced", the DGA says. Work included assessing the system's performance in a close air-support scenario and against moving targets, and in urban, rural, maritime and mountainous environments. 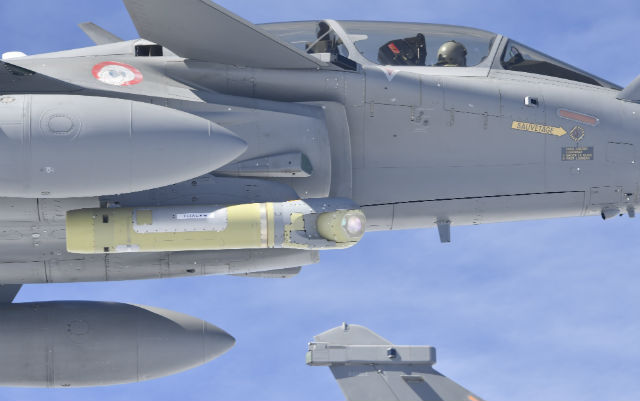 The Rafale's F3R standard is on schedule to receive qualification from the DGA and enter operational service next year. A subsequent F4 model featuring further enhancements should enter use from about 2023-2024.