All Nippon Airways has become the first customer to take delivery of a Pratt & Whitney PW1100G-JM powered Airbus A321neo.

The Japanese carrier is the launch customer for the A321neo featuring the geared turbofan engines. The P&W-powered version of the A321neo was the first variant to gain certification, in December last year, but all six A321neos delivered until now have been the version equipped with the rival CFM International Leap-1A engine. The CFM-powered A321 was approved in March this year, and deliveries to launch operator Virgin America began the following month. 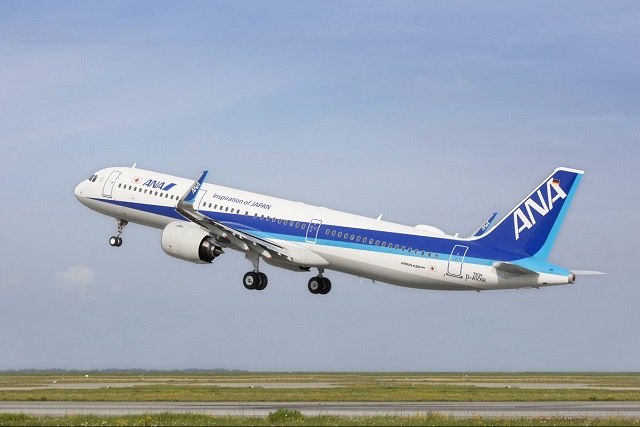 ANA has configured the aircraft with eight premium class seats and 186 economy seats. This is the first aircraft in its domestic fleet to be equipped with in-flight entertainment system for all seats.

The aircraft will be deployed on services from its Tokyo Haneda base from mid-September.

Flight Fleets Analyzer shows that ANA has a further 21 A321neos, and eight more A320neos on order. It already has three A320neos in operation.