Flightglobal has obtained first details and an image of the Impact unmanned air vehicle being developed by new Israeli company Meteor Aerospace.

Formed in central Israel in 2013, the privately-owned company has operated so far with minimal public exposure, avoiding trade shows and limiting its announcements. “We’re still flying under the radar,” says one Meteor Aerospace executive. 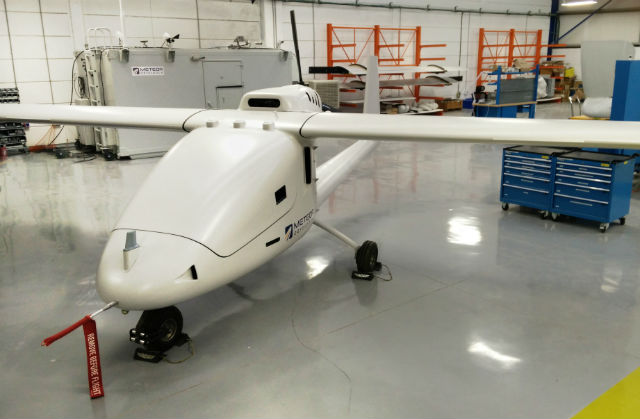 Meteor Aerospace is the initiative of co-founder and chief executive Itzhak Nissan, who for many years worked at the nation's largest UAV manufacturer, Israel Aerospace Industries (IAI). Nearly three years ago, he stepped down as chief executive of the company, which had a backlog of $10 billion. He then co-founded the new venture with Israeli businessman Hezi Bezalel.

“Coming to the defence market with a new company makes sense only if you bring new and innovative products. You can’t claim your place among the well-established industry giants if you offer more of the same,” says Nissan.

Despite its low profile, Flightglobal has learned details of Meteor's first UAV. Named Impact, the medium-altitude, long-endurance design can carry a 150kg (330lb) payload. Powered by a 100hp fuel-injection engine, the aircraft has a flight endurance in excess of 24h.

Nissan refuses to release further details, but says the company has already secured orders for the Impact and other systems valued at $100 million, plus options worth another $150 million. Negotiations with other potential customers continue.

Meteor is also developing two other UAVs, he reveals. "One will be bigger than the Impact, and the other one smaller." Additional activities include developing unmanned ground vehicles, unmanned maritime vessels and precision strike weapon systems.

Israel's MALE UAV market is highly competitive, with Meteor facing established rivals including the Elbit Systems Hermes 900 and IAI's Heron series. Other industry sources note the Impact platform will need to offer additional features if it is to compete with these competitors.