Irkut's initial MC-21-300 has been undergoing taxiing tests ahead of the twinjet's maiden flight, a date for which has yet to be fixed.

The aircraft – fitted with Pratt & Whitney PW1400G engines – has emerged for ground testing of systems including its auxiliary power unit, says the airframer.

"Preparation for the start of flight tests is being performed in accordance with the approved schedule," it adds.

Tests are being carried out at the Irkutsk aviation plant, located to the north-west of the Siberian city. 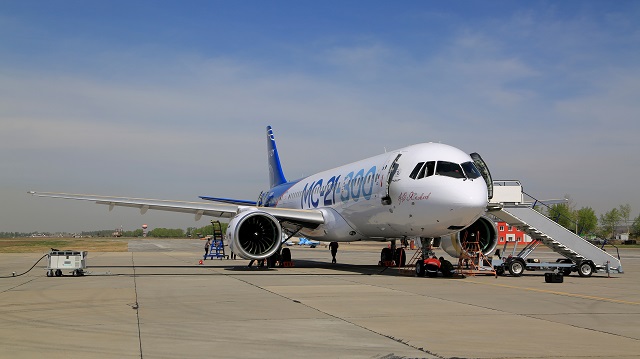