Malaysian low fares carrier AirAsia has painted one of its fleet of Airbus A320s in the colours of UK football team Manchester United (pictured below). Despite not flying to Manchester, the airline is the official low fares carrier of the club, which has a large following in Asia. 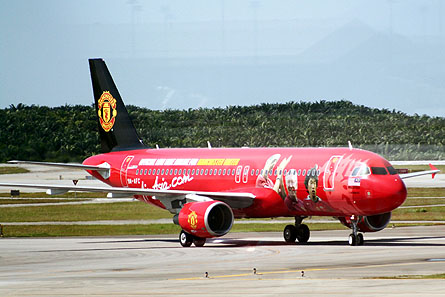 The aircraft (9M-AFC), which has been dubbed the Red Devils Airbus after the soccer team's nickname, arrived at Kuala Lumpur airport at approximately 10:30 today from the Airbus facility in Toulouse. The aircraft features images of the club's players on both sides of the aircraft's fuselage and the tail and engine nacelles feature the club's crest.

The Red Devils Airbus is the third aircraft from an order of 60 CFM International CFM56-powered A320s to be delivered over the next three and a half years. The carrier expects to receive 14-16 aircraft this year.

"As the official low fare airline for Manchester United, AirAsia hopes to create opportunities and exciting avenues to reach out and connect with [the club's] loyal fan base in Asia," says Tony Fernandes, AirAsia group chief executive.

The aircraft will start servicing routes to the Malaysian cities of Penang and Kota Kinabalu and Surabaya, Indonesia, from 3 February. 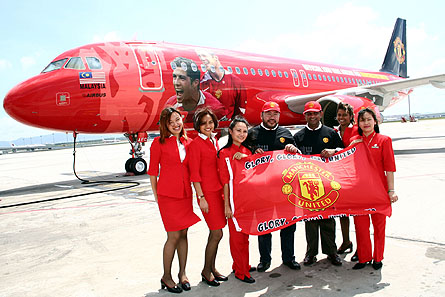