The US Navy insists that its decision to exclude eight Boeing P-8 Poseidon anti-submarine warfare aircraft from its fiscal year 2015 budget request will not affect its plan to transition to a fleet of the type.

However, Boeing says a reduction of eight aircraft orders would likely cause P-8 unit prices to climb."There is no impact on the transition plan," says Martin Ahmad, the USN's P-8 deputy programme manager. "The transition has not changed as a result of those aircraft at all."

Ahmad made his comments at the Navy League's Sea-Air-Space Exposition near Washington, DC, on 8 April.

The USN's budget proposal, which still requires Congressional approval, calls for the service to buy eight Poseidons in FY2015: down from an original plan to order 16. The service now plans acquire 109 P-8s through FY2019. 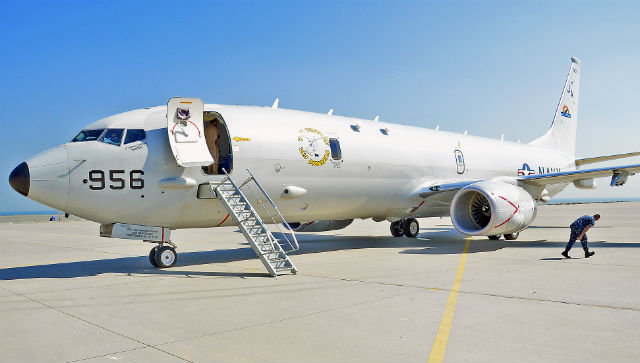 While the USN has removed the eight aircraft from its budget request, the service indicates it still wants to buy them by including eight P-8s in a list of unfunded priorities it sent to Congress in recent weeks.

The eight aircraft have "essentially been rephrased", Ahmad says, noting that the USN's requirement for P-8s remains unchanged at 117 aircraft.

But if Congress doesn't add those aircraft back into the budget, the cost of P-8s will likely increase, says Rick Heerdt, Boeing's P-8 vice-president and programme manager.

"Will there be a cost impact [with] the lower numbers? That's probably likely. We don't really know much right now," says Heerdt.

The USN's budget request estimates P-8s will have unit flyway costs of nearly $271 million, including weapons systems, in FY2015.

Meanwhile, Ahmad and Heerdt describe the P-8 programme as having made great strides since the beginning of 2013, with Boeing delivering eight aircraft to the USN and the first international P-8 to India. The US service now has 13 of the type.Boeing reached initial operational capability with the P-8 in 2013, and also last year won a contract to produce 13 aircraft as part of a fourth lot of low-rate initial production.

In February 2014, the company also announced it had won its first full-rate initial production contract for the type, with an order for 16 P-8s from the USN. It also secured an order from Australia for eight aircraft, plus four options.

The USN says the new aircraft brings much more capability to its fleet of anti-submarine warfare (ASW) aircraft, which has for decades been composed primarily of Lockheed P-3 Orions.

Ahmad says the service and Boeing are working on "increment two" improvements that will give P-8s the ability to conduct wide-area ASW acoustic search; a capability currently available on upgraded P-3Cs.

Increment two upgrades, which are scheduled to be introduced on aircraft in FY2016, will also allow P-8s to deploy weapons from higher altitudes and give the aircraft an automatic identification system that will identify other ships, including commercial vessels, says the USN.