US avionics maker Rockwell Collins has won communications, data network and landing system avionics packages for the Airbus A350. The new work adds to the company’s previous win for the wide body’s trimmable horizontal stabilizer actuator and increases by 75% its content on the A330 and A340, aircraft lines the A350 will replace.

Under the contract announced late yesterday, Rockwell Collins will produce and integrate a “communications global work package” that consolidates what had previously been five separate communications boxes on early generation aircraft. By winning the global work package, Rockwell Collins has effectively become a first-tier integrator to Airbus, a first for the Cedar Rapids, Iowa-based company. 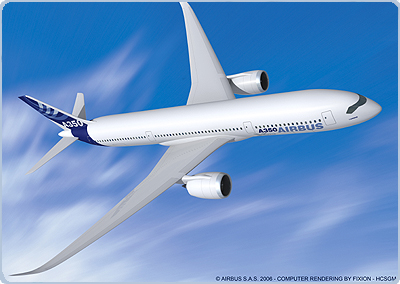 For the avionics data network, Rockwell Collins will deliver a full duplex switched Ethernet (AFDX) network, the same system flying on the A380 and A400M. AFDX connects various aircraft systems together, including the displays and integrated modular avionics-based applications.

Landing systems will include multi-mode receivers for ILS and augmented GPS or Galileo-based landing capabilities and a digital low-range altimeter that will provide height measurements above terrain during approach, landing and climb-out phases of flight. Packages for which Rockwell Collins continues to compete include the throttle quadrant, the "Fly Smart by Airbus" information management system and other navigation sensors. Airbus as of March reported 371 orders for the three variants of the A350.