RUAG has promoted its Dornier 228NG utility aircraft to several potential users in Oman, as part of which it has conducted a series of demonstration flights over a three-day period.

Offering the twin-engined type to Oman’s air force, police service and tourism sector in association with local partner Aflag, the Swiss company says it could be used to fulfil numerous roles.

“No other aircraft can perform surveillance flights more efficiently than the Dornier 228. The borders of the Sultanate and the exclusive economic zone can be supervised in the most cost-efficient ways,” claims Philippe Erni, RUAG Aviation’s regional sales director for the Middle East, India, Africa and Asia-Pacific.

RUAG believes that the Oberpfaffenhofen, Germany-built Dornier 228NG could also act as a multi-engine training asset for the Royal Air Force of Oman, along with offering a cargo capacity of 2t. The service has recently introduced modern air transport assets including the Airbus C295 and Lockheed Martin C-130J. 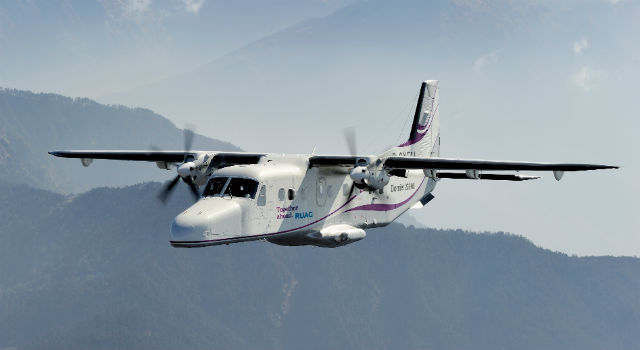 The company and Aflag also believe that the aircraft’s 19-seat passenger capacity could be of application in supporting Oman’s tourism and sightseeing sectors. A fleet of the type could be used to support hub-and-spoke operations from Muscat and Salalah, believes Aflag chairman Sheikh Khalid Al Khalili.

RUAG’s existing operator base for the new-generation Dornier 228 includes military air arms in Bangladesh, Germany and Venezuela, plus commercial users in Japan and Norway.