A project aiming to deliver medical supplies to remote areas of Africa using unmanned air vehicles is gathering pace, as it prepares to select the systems that will be used for a pilot test programme in 2016.

The “Droneport” project is a British-Swiss effort to introduce UAVs to medical supply missions by 2020. Its representatives are currently approaching UAV manufacturers and seeking to include their systems in the test programme.

“Cargo drone routes have utility wherever there is a lack of roads,” Droneport says. “Just a third of Africans live within two kilometres of an all-season road, and there are no continental motorways, almost no tunnels, and not enough bridges that can reach people living in far-flung areas of the continent.

“An ‘infrastructural leap’ is essential using drone technology and clean energy systems to surmount the challenges of the future.”

Foster + Partners – which has experience in building airports – is involved in the project, in collaboration with Afrotech, École polytechnique fédérale de Lausanne and the Norman Foster Foundation. 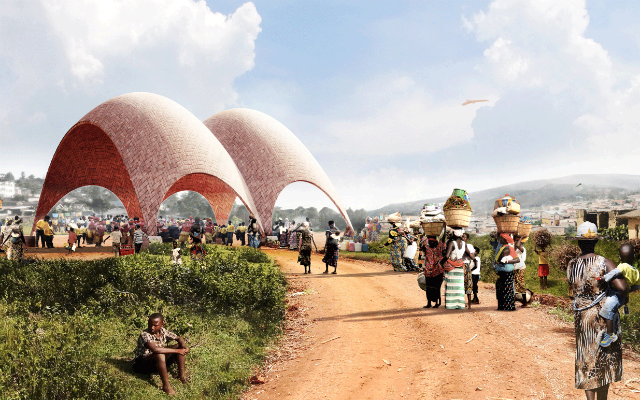 The pilot project will begin in 2016 in Rwanda – a country chosen because of its challenging geography. The initial plan is for three buildings to be completed by 2020, which will enable the network to send supplies to 44% of the nation, it says.

Droneport says that some 40 ports could be established in Rwanda, and the project could expand to neighbouring countries such as the Democratic Republic of Congo.

Two parallel networks would operate: a “Redline” service to deliver medical supplies using smaller UAVs, and the complementary “Blueline” to transport items such as spare parts, electronics, and e-commerce.

Some Israeli companies have been approached by the project about their UAV products, including light manned aircraft that are capable of being optionally piloted.