‘Tis a long list of wonders, this week’s close encounter with Pluto.

In no special order, the erstwhile ninth planet has high mountains, sheer cliffs, ice and a thin atmosphere – but no craters, suggesting an active geology and relatively youthful surface. Its moons are probably just as intriguing.

Pluto is also bigger than we thought, but less dense – and so on. It will be 16 months before all the data from the 14 July flyby gets home to Earth, as the transmission rate from the New Horizons spacecraft is a mere 2Kb/s, and radio signals take 4hr at the speed of light to get here.

But even the first few tantalizing dribs and drabs of data are transforming our views of – and attitudes to – Pluto. When New Horizons was launched in 2006, Pluto was officially a planet, one of nine in our Solar System. A few months later, astronomers downgraded it, controversially, to dwarf planet – a not un-reasonable move, given the recent discovery of other small planetoids in the so-called Kuiper belt of debris that exists in what we now refer to as “trans-Neptunian space”. One of those bodies, Eris, was found in 2005 and is much farther away and smaller than Pluto, but apparently more massive – and with any luck will also get a visit from New Horizons.

For traditionalists, though, the awe-factor of the Pluto experience may have re-kindled the debate about its planetary status. Actually going there has certainly had an impact.

It is also amazing that the mission succeeded at all. New Horizons is the fastest space probe ever, and it still took ten years to cover some three billion miles – that’s some five billion km for non-Americans – to rendezvous with this distant world. En route, a slingshot pass round Jupiter shaved three years off the flight time, corrected New Horizon’s trajectory and captured video pictures of a volcanic eruption on one Jovian moon, Europa.

Pluto takes 248 Earth years to orbit the Sun, but was only discovered 85 years ago – and given that Pluto’s path is a bit wobbly (the centre of gravity of the system of Pluto and its five moons lies out in the space between them), flying past was a good trick. NASA’s plan was to pass within 9,650km of the centre of Pluto’s mass, and in the event may have done a bit better than that.

All for a mere $700 million, including the spacecraft and instruments, Atlas V launch, mission operations, data analysis and “education/public outreach”. And if that isn’t value for money in science, then what is? 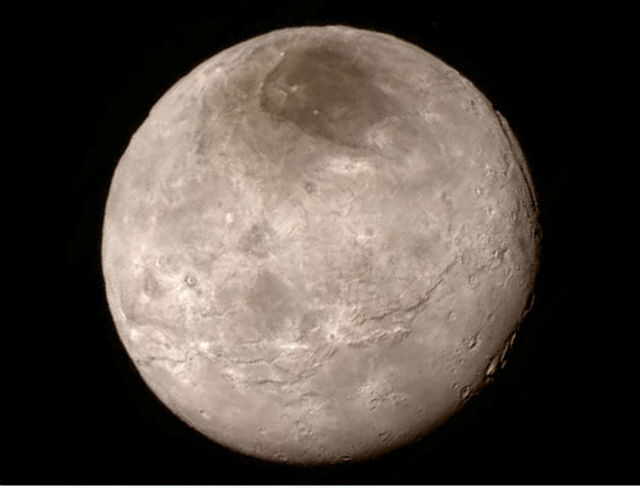 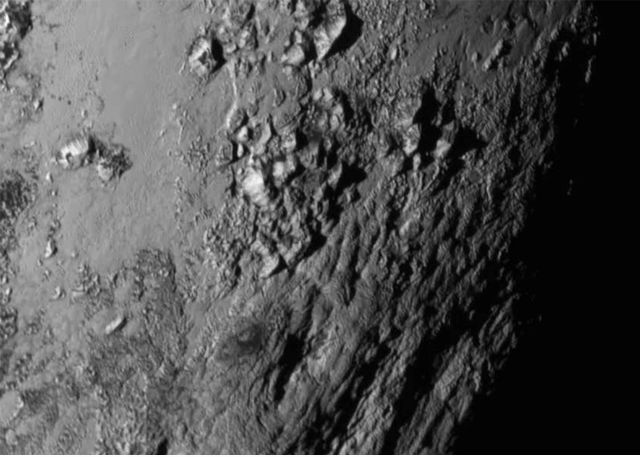 ...and in more detail