The practice of a sizeable airline subcontracting its regional flying to a partner airline is widely known in the United States. Such operations—a form of ACMI flying, where the operating carrier provides the aircraft, crew, maintenance, and insurance (also known as wet leasing)—have, however, only recently begun to take hold in Europe, but they are growing rapidly.

While ACMI short-term cover for both operational gaps and imported seasonal capacity often switches between providers, the strategic outsourcing of production on a permanent basis involves multi-year contracts. These are the deals which are becoming more prevalent in Europe, to such an extent that the regional airline market is undergoing a transformation which is likely to lead to consolidation into a small number of well-financed, agile wet-lease capacity providers of substantial scale in terms of fleet, sitting alongside a number of independent regional carriers of varying size. 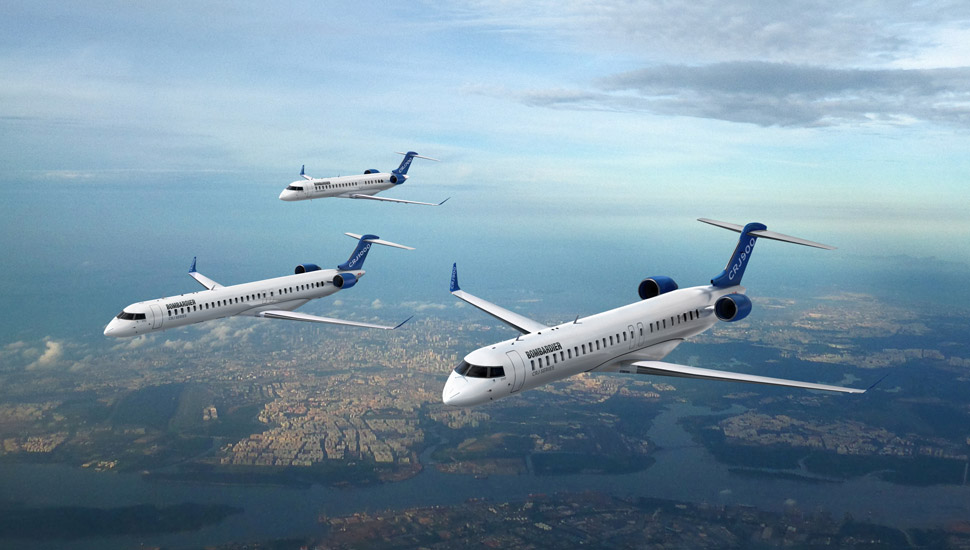 The drivers pushing airlines to pursue ACMI as a strategic option in Europe are multiple. Flexibility, focus, and risk management are among those cited by Cathal O’Connell, chief commercial officer of CityJet, which operates services on behalf of three carriers, with a fourth starting at the end of October 2018. “Customer airlines of ACMI providers commit to the capacity for a duration of their own choosing, have nolong-term interest in the aircraft asset, acquisition, maintenance, adoption onto their

AOC, or value,” he explains. “Also, those customer airlines do not need to concern themselves with the recruitment, training, or retention of crews.

“The customer airline can focus on their own fleet and resources and contract with ACMI providers to worry about smaller fleets and, to a certain extent, the more difficult end of the market to recruit crews into,” O’Connell adds. “What they get for a fixed hourly rate is an aircraft which will turn up at the gate and fly their passengers on their schedule. In Europe in particular, it is this flexibility and risk management—rather than achieving a lower operating cost—which drives such strategies.”

“There are many reasons, such as simplifying your own operation both in organization and fleet. By simplification, you are able to focus on your core business and by doing so you can enhance your cost-effectiveness,” Wångdahl observes. “You also benefit by mixing large and small aircraft, which creates possibilities to better match your capacity to the need on destinations and over different seasons.”

Little wonder then that ACMI flying now accounts for 22 percent of all flying in Europe’s regional segment. In absolute terms, ACMI regional services have grown by 66 percent over the last five years, during which time the average number of seats per aircraft used has increased by seven percent.

While flexibility, as O’Connell claims, is important to major carriers, every ACMI provider needs to be able to offer attractive rates to win contracts—and that means lower costs in the areas of both staff and equipment. Operators, therefore, look for aircraft which offer the best all-round economics plus reliability. As O’Connell says, it needs to turn up at the gate.

The largest single regional ACMI operator in Europe is Air Nostrum, which operates on behalf of Iberia. Its jets of choice are the Bombardier CRJ900 and CRJ1000. And of the three types operated by CityJet, its 22 CRJ900s form the largest fleet.

Other leading ACMI providers include Adria (nine CRJ900s and three CRJ700s) and Nordica (10 CRJ900s and two CRJ700s). It is hardly surprising, therefore, to discover that the CRJ Series is the leading aircraft type for regional ACMI operations in Europe, contributing 40 percent of the total.

With up to 10 percent lower cash operating cost per seat, the CRJ Series is an economic leader in every class. Equally important though is reliability, which is crucial in an operational environment where the aircraft may operate out of base for long periods.

The challenge of service consistency in outsourced production is also offset by using newer aircraft. These provide a customer experience in line with the contracting airline’sexpectations—a seamless service where the major’s brand values are carried throughfrom larger aircraft to regional jets. In this area of the passenger experience, the new

Atmosphère cabin of the CRJ Series can only strengthen the family’s position among European ACMI carriers.

The acquisition of new aircraft by the ACMI operator represents a strong financial commitment, which can be facilitated by various financing structures, market consolidation and the extension in length of ACMI agreements, providing the known baseline production referred to by O’Connell.

There is still a major gap between ACMI operations in North America and Europe, but the two are getting closer, particularly with the onset of consolidation among Europe’s

ACMI operators. At the 2018 Farnborough Air Show, for example, CityJet and Air Nostrum announced their intention to join forces under a new holding company, which would create the largest regional airline group in Europe.

This news was followed in late August 2018 by Danish Air Transport (DAT) buying a majority shareholding (60 percent) of Nordic Regional Airlines (Norra) from Finnair, which retains the other 40 percent. Further tie-ups are likely, with combinations designed to give added strength to ACMI providers. The union of a strong wet-leaseoperator with a legacy carrier will enable the latter to focus on expanding its brandfootprint and in developing effective hub feed, while the wet-lease operator can focus onoptimizing cost and operations by becoming the champion of this market segment. Thisimplies long-term strategic partnerships between the two, who end up extractingmaximum value for them and the passengers.

On the other side of that union—and anchored by a long-term deal – the ACMI specialist can fine-tune its skills and be able to set high benchmarks for optimized costs and operational excellence. Such standards need time to develop, thus the key element is the long-term nature of the partnership.

Benefits which may accrue from longer deals include having crews trained to deliver the major’s onboard service seamlessly, better planning for maintenance (resulting in lower costs) and better financial terms on aircraft (whether leased or bought) as the finance house involved would be able to see longer-term revenue projections in the business plans of both partners.

The outsourcing of capacity for regional operations is not going to slow down in Europe.

While ad hoc ACMI work—for aircraft of all sizes—will always have a place, regional ACMI fleets working on longer contracts now represent 46 percent of wet lease flights in Europe. The CRJ Series, already with a considerable share of this market, is literally the vehicle around which airlines can confidently build their business plans.