Thailand has selected the Saab Gripen multirole fighter as the Swedish air force signs a contract to upgrade its aircraft and fund a demonstrator for the next-generation Gripen.

The Thai cabinet has approved the budget to procure 12 Gripen C/Ds and two Saab Erieye airborne early warning aircraft for the Royal Thai Air Force. The Gripens will replace the RTAF's Northrop F-5B/Es. 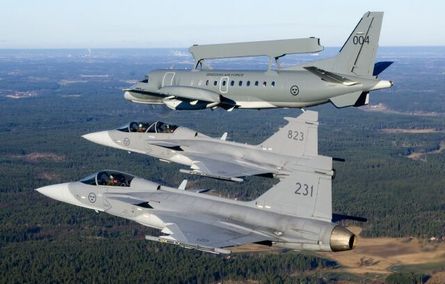 Sweden's Defence Materiel Administration (FMV) says it will now begin negotiations with Thailand on the government-to-government deal. It has yet to be determined whether the Gripens will be new-build aircraft or A/Bs taken from the Swedish inventory and remanufactured to C/D standard.

The rebuilding of 31 Gripen A/Bs to C/Ds for the Swedish air force is covered by a SKR3.9 billion ($600 million) contract signed on 17 October. The work will begin in 2008 and the upgraded aircraft will enter service in 2010.

Saab says the upgrade is tied to the decision to reduce the Swedish air force fighter fleet to 100 Gripen C/Ds. The air force currently has 72 C/Ds, and the 31 A/Bs to be upgraded will fill out the force.

Only the engine, radar and some systems from the A/B will be retained during the upgrade, says Saab. The entire airframe will be new-build, and the resulting aircraft will be identical to C/Ds already in service. The upgrade will extend Gripen production to 2012, says Saab.

Included in the overall deal is government funding for the Gripen demonstrator programme. The Gripen Demo will have a new engine, radar, avionics, strengthened airframe, more fuel and expanded weapons capability. 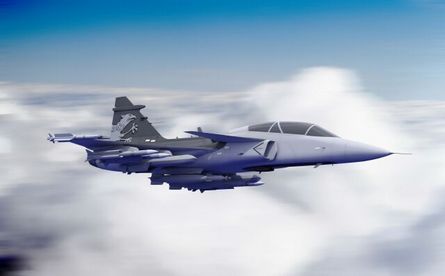 The government has not revealed how much it is contributing to the three-year Demo programme, but Saab says the company is investing SKR1 billion, and suppliers General Electric, Honeywell and Rockwell Collins are also putting in "several hundred million" of their own money.

The Gripen Demo is to fly next year, and will test structural and system upgrades that could be retrofitted into Gripen C/Ds as well as demonstrating capabilities for a future new-build aircraft that Saab is calling the Next Generation Gripen.

The second phase of the Demo programme will include a new active electronically scanned array radar. Saab has evaluated four radars, including AESAs from Raytheon, Selex and Thales, with a decision to be announced by year-end.

Aimed at the export market, the Next Generation Gripen is intended to be "better than the Joint Strike Fighter, apart from those things a superpower needs", says Saab.