Tekever has launched a new variant of its AR3 Net Ray fixed-wing unmanned air vehicle, with an increased payload capacity to enable the carriage of a maritime radar.

The AR3 was introduced less than a year ago at the Paris air show in June 2015, but has now been modified to expand its maritime capabilities.

An extra 33% of payload capacity – up to 8kg (17.5lb) – will now allow the UAV to carry a 25nm (46km)-range maritime radar. Tekever claims it is the only UAV in its class to provide this capability.

The piston-engined Net Ray has a 10h endurance and could carry a 4-5kg gimballed electro-optical payload before the modification.

It is catapult-launched on a freestanding launcher, but this can be integrated onto a ship for maritime operations, and Net Ray is parachute or net-recovered.

It is undergoing testing, and Richard Mendes, chief operating officer of Tekever, says the company “is very happy with the results we’re getting”. 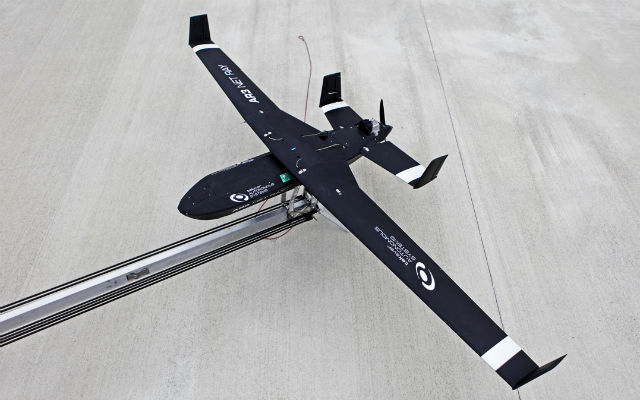 Tekever has also announced the AR3 will be at the centre of a new wildlife protection system that will be used to monitor endangered species and to support anti-poaching efforts.

Mendes says signals intelligence systems will be integrated to detect emitters used on animal markers which, alongside the electro-optical/infrared camera will be able to track poachers.

The Net Ray will be used in combination with the company's smaller AR4 Light Ray UAV.

With its 2h endurance and 10nm range, the AR4 and will be used to track for “localised, fast intervention missions”, while the AR3 “can provide a global overview of wildlife locations in a large region”.

“We are working on the field with security forces such as the Portuguese National Guard,” Mendes says. “And we believe that, with this new animal detection capability, Tekever UAVs can now support new types of nature protection missions, allowing ‘green forces’ to enhance their capability and increase their effectiveness.”