United Airlines has ordered a new, scimitar-shaped split-winglet designed by Aviation Partners Boeing (APB) as a retrofit for the Boeing 737NG series.

The first retrofitted 737-800 should be delivered after the new winglet achieves airworthiness certification from the US Federal Aviation Administration (FAA) in October, APB says.

It will become the first of eight 737NG configurations targeted for the retrofit programme, APB adds, noting that FAA certification of split scimitar winglets for the 737-900ER is scheduled in March 2014. 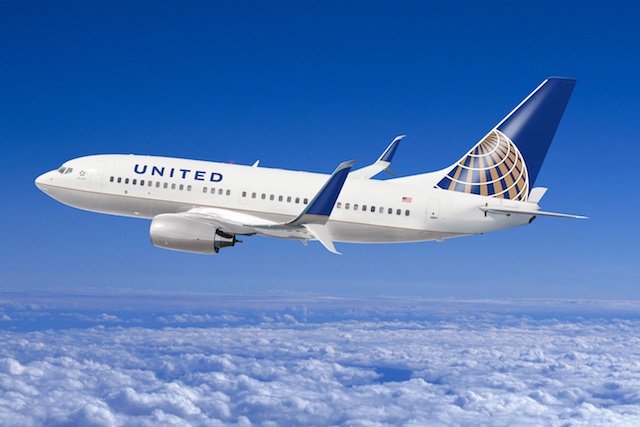 The new winglet is designed to improve the aerodynamic efficiency of the existing APB blended winglet on the 737NG series. It replaces the tip cap on the current winglet with an scimitar-shaped tip, plus inserts a downward-pointing scimitar-tipped ventral stake near the base of the blended winglet, APB says.

In August, APB founder Joe Clark said that demonstration flights on a 737 Boeing Business Jet and analysis last year indicated a 2.5 to 3% reduction in fuel consumption for 737NGs. Clark predicted the new winglet could be ordered for as many as 60% of the roughly 4,700-strong 737NG fleet currently in service.

The scimitar-shaped split-tip design was unveiled for the first time in October 2011. Several months later, Boeing revealed a split-tip winglet for the 737 Max programme. The latter lacks the scimitar-shaped caps found on the APB design for the 737NG retrofit. The 737 Max winglet also appears to split the winglet at the root of the wingtip, while the 737NG retrofit adds a ventral strake to the base of the blended winglet.

The split-tip winglet design first emerged in the mid-1980s with the McDonnell Douglas MD-11, was proposed for the cancelled MD-12 double-decker widebody.