Warmate is effectively a scaled-down expendable loitering munition, aimed at detecting and countering targets including light tanks and armoured vehicles, and is now in production for two customers.

“Warmate was bought by two countries [that are] involved in military conflicts, and these orders are huge,” Wojciech Komorniczak, WB Electronics’ vice-president for development and new technologies, told a presentation for the Polish armed forces and media. “We have started serial production of them.”

Later this year, tests of Warmate with live warheads are also planned for a series of potential customers in-country: “We now have more than a dozen questions, mainly from Middle East customers,” Komorniczak notes.

He adds that the per-unit price of one UAV including the warhead is $12,000. It has an operational radius of 10km (5.4nm), an operational ceiling of 1,640ft above ground level and can carry out “hunt and kill” missions for 30min, with fully automatic flight control during the search phase and aided flight control in the engagement phase. 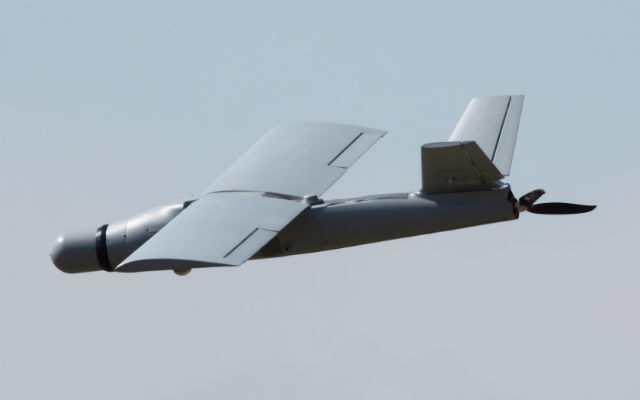 Warmate takes off using a pneumatic launcher, and has wingspan of 1.4m (4ft 7in) and a length of 1.1m, while the maximum take-off weight is 5kg (11lb) and the maximum payload weight is 1.2kg.

The warheads installed on board Warmate were designed and manufactured by the military armament institute in Poland in partnership with WB Electronics.

Payloads are interchangeable, and different selections can modify the mission profile. The system can be operated as an autonomous system transported by the army or special forces, and can also be installed on board military vehicles and controlled through the vehicle’s electronics.