Contained within the vast complexity of a modern widebody jet engine it may look like just another large, intricately designed metal structure. But a 1.5m-diameter titanium front bearing housing (FBH) inside a Rolls-Royce Trent XWB-97 engine is a structure with a difference. It could point the way to an eventual revolution in aerospace manufacturing, changing everything from the way factory floors look to the speed at which new components, prototypes and programmes are developed.

The FBH, which holds the roller bearings for the low- and intermediate-pressure compressors, has been constructed entirely using additive layer manufacturing (ALM), also known as 3D printing. When a XWB-97 containing the part takes off on R-R’s Boeing 747 flying testbed later this year, it will be the first time such a large engine component made using ALM techniques will have been airborne.

ALM has been one of the biggest talking points in aerostructures in recent years, and, while not all are convinced, many believe it could eventually have as significant an impact on the industry as composites. Over the past few years, R-R’s arch US rival General Electric has pioneered the technique in terms of manufacturing, and R-R itself has used ALM to carry out small-scale repairs for almost a decade.

However, while others have been introducing very small ALM elements to their products, R-R has been determined to test the ability of engineers to build a large, complex structure capable of forming part of a working engine. The housing has already been ground-tested in a Trent XWB-97, the exclusive engine for the Airbus A350-1000, several times in recent months, and R-R says it is now ready to fly. 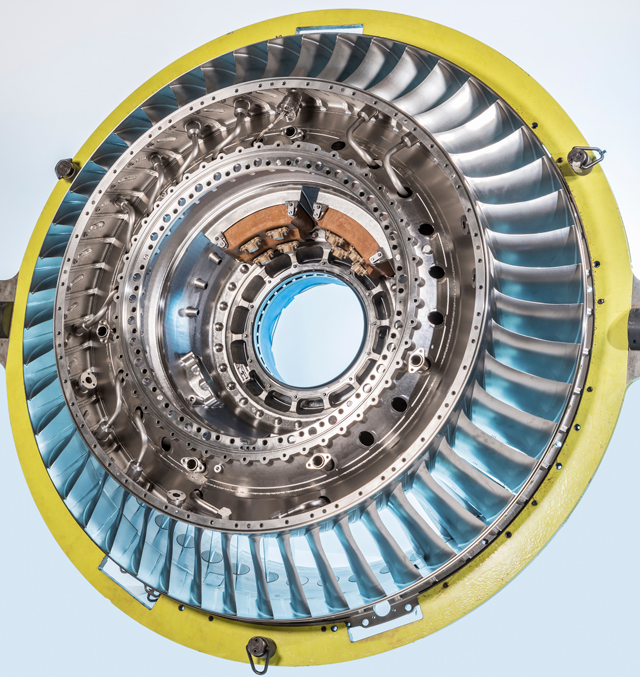 The front bearing housing was made using additive layer manufacturing

ALM is a technique by which metal powder is melted by a programmed electron beam, and exactingly, micro-thin layer by layer, constructed into complex shapes. It has mostly been used in the industry to construct smaller parts, perhaps up to the size of a fist. However, Rolls-Royce has been using expertise gained from the repair world to “build up to bigger components”, says Alan Newby, chief engineer, future programmes and technology.

“It is one of a number of technologies critical to our future competitiveness,” he says. “We are moving very quickly and the technology has a lot of potential moving forward.” So, other than the novelty of creating a sophisticated and robust piece of machinery from what is effectively metal dust, why is ALM such a big deal? There are two reasons close to the heart of any development engineer (or, indeed, financial director): cost and speed of manufacture.

In terms of cost, the crucial element is that waste is reduced. Rather than shaving a piece of metal into the shape required – the traditional method of machine tooling – a part is layered from the ground up. “You don’t hack off metal,” explains Newby. “You more or less go straight to the finished article.” Related to this is the speed at which newly designed parts can be constructed – using ALM techniques can trim 30% from “like for like manufacturing lead time”.

This makes it ideal for prototyping, says Newby, as new tooling does not have to be designed and programmed. “Shortening the manufacturing time by almost a third gives us more time to design, which is always a benefit,” he says. Because Rolls-Royce is not “bound by constraints of traditional manufacturing methods”, he adds, “we are also able to produce designs that we wouldn’t otherwise be able to do”.

Although the ALM component will fly in a Trent XWB engine shortly, do not expect to see it or similarly manufactured parts in the first XWB-97s off the production line. It will take a while, says Newby, for the technology to be industrialised. How long that is likely to be, he will not be drawn on. “We don’t want to put a date on it. We have a lot of work to do on scaleability before making a commitment to production,” he says.

Neither is ALM so revolutionary that one day soon all aircraft and their individual parts will be built this way, believes Newby. For a start, the process obviously does not work for composite materials, and even for metallic parts the jury is still out. “It’s not suitable for all components and you’ve got to make sure you pick the right ones. We are going through an exercise now to see what components would benefit,” he says.

On the other side of the Atlantic, GE has been grabbing many of the headlines when it comes to ALM. It bought family firm, and Cincinnati neighbour, Morris Technologies in 2012, a pioneer in ALM techniques since the very early days of the technology in the mid-1990s. Factories in Alabama and Italy will produce ALM components for CFM International Leap engine that will power Boeing 737 Max and Airbus A320neo aircraft, as well as the GE9X for the Boeing 777X.

Like GE, Rolls-Royce has bought in outside expertise to develop its ALM techniques. The housing in the Trent XWB has been designed with specialists from the UK’s University of Sheffield and the Manufacturing Technology Centre in Coventry – an institution founded in 2010 to bring together industrial players such as Rolls-Royce, Airbus and Unilever and academic researchers – as well as Swedish firm Arcam, which makes additive manufacturing equipment. 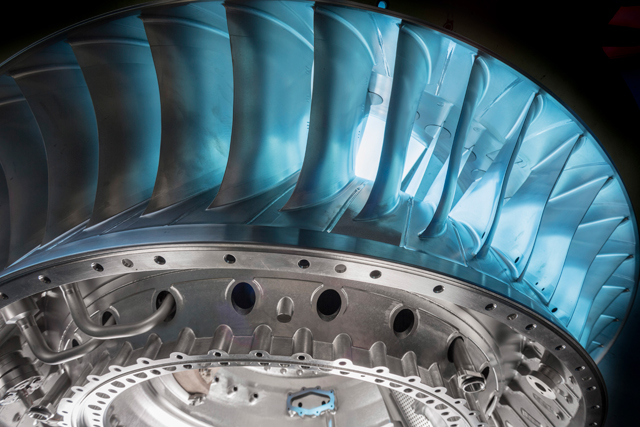 Over the past two years, the Derby propulsion maker – which has a dominant position with Airbus and competes with GE’s GEnx on the Boeing 787 – has been keen to project an image as an innovator. Last year it revealed two future widebody engine studies – the Advance and UltraFan – containing a range of potential new technologies, including composite fan blades, lower-emission combustion systems and, for the first time on a widebody engine, a gearbox.

Despite pulling out of the narrowbody market three years ago after it abandoned the Pratt & Whitney-led International Aero Engines consortium, and losing most of its ground in the business aviation market to rivals, Rolls-Royce has also said it wants to get back into the single-aisle market in the next decade. However, to do this it will need to come up with a technology that leapfrogs the latest-generation offerings from incumbents CFM and Pratt & Whitney.

Newby says his job is simply to “deliver the business options” to his superiors in Rolls-Royce, whether that is by using ALM, more efficient widebody engines, a new narrowbody engine design or more radical “potential disruptors” such as electrical-powered fans. With ALM, he admits that part of the challenge is “changing the mindset of engineers” used to working with conventional methods such as forging and casting.

However, ALM opens the possibility of greater innovation because experimental prototypes can be designed and trialled quickly in a way that just would not be practical using traditional methods. Newby believes the technology is just in its infancy in terms of its potential. “We are just scratching the surface,” he says.