The service reverse-engineered and reproduced an anti-ice gasket for the Pratt & Whitney TF33-P103, a turbofan engine which powers the Boeing B-52 bomber and E-3 Sentry, and the Northrop Grumman E-8C. 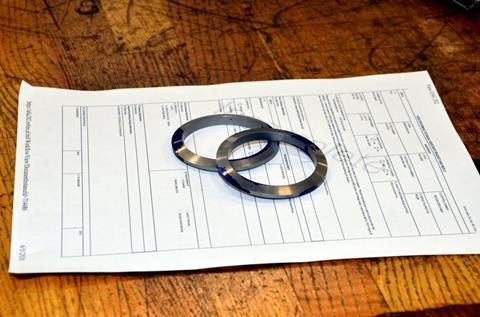 The Pentagon is pushing the US military services to experiment with using 3D printing technologies to save time and money manufacturing replacement parts for equipment, components which typically are only needed in small lots.

In particular, finding replacement parts for ageing aircraft can be difficult and expensive, as the original part designs or manufacturers may no longer exist. Contractors sometimes charge more than the original cost of the part due to re-engineering work required. The small number of replacement components to be ordered mean engineering costs cannot be spread across a large production run, adding additional cost per part.

“This accomplishment is truly a historical first,” says Johnny Tsiao, Air Force Life Cycle Management Center propulsion structural competency lead. “This is a digitally designed and digitally engineered component that represents a substantial milestone in air force sustainment. Although it is a basic component, the technology our [Air Force Life Cycle] team has developed will help resolve supply chain issues and help bring further capacities to support the warfighter.” 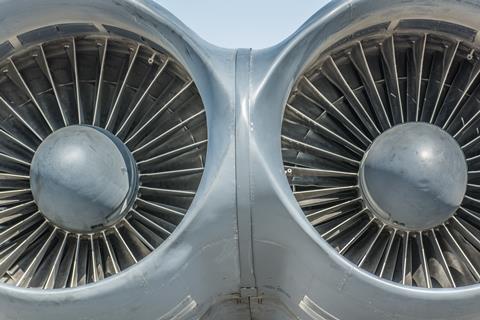 The service was running short of anti-ice gaskets for its TF33 and decided to try to reproduce the part in-house to save time.

Using 3D printing to create parts in-house saved Tinker AFB administrative leave time, described as the amount of time between granting a contract and a component being manufactured. The service says that time period was reduced from between 120 to 136 days to 14 to 21 days.

While the anti-ice gasket components are relatively simple, the USAF plans to try to produce progressively more complex parts in the future.

“We’ve implemented a crawl, walk and run approach when it comes to additive manufacturing,” Tsiao says. “We haven’t had a 3D-printed metal component in air force engines before, but in the next 12 to 24 months, this technology will open the door to more complex and critical components that help to improve our sustainment efforts moving forward.”