One unheralded aspect of the crisis in the market for offshore helicopter transportation supporting the oil and gas market is the rise – by default, some would argue – of the Sikorsky S-92 to become the heavy rotorcraft of choice in the West.

By default, because the absence of the Airbus Helicopters H225, and slow uptake of other models has limited the choice for operators. 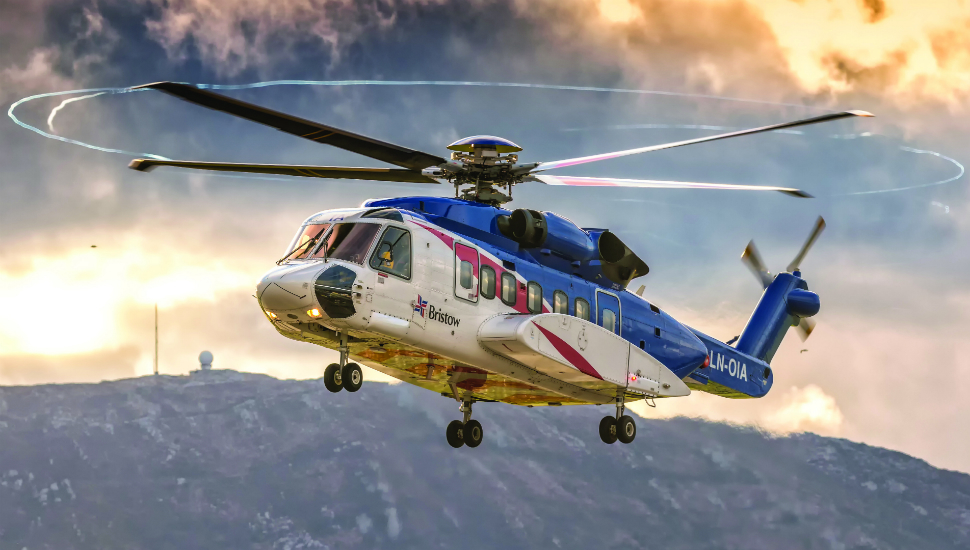 It is also critical to note that the S-92's position has not translated into new orders, with idled or underutilised assets able to be pressed back onto service, or pick up more work.

Nonetheless, Sikorsky's operating statistics are heading in the right direction: since 2016, annual flight hours have grown. Utilisation rates last year for the offshore fleet hovered at around 60% – and a little under 12% of the 200-strong oil and gas fleet was idled in 2018.

The airframer does acknowledge that it has derived some benefit from the H225's high-profile woes following a fatal accident in April 2016. That saw the rival heavy-twin grounded for over a year in some jurisdictions, as well as suffering a reputational hit in the oil and gas community.

But David Martin, vice-president oil and gas at Sikorsky, believes that the majority of the impact was felt in the early stages of the H225's grounding.

"That was a factor maybe two years ago and it had a significant impact on Sikorsky when the S-92 had to pick up that work overnight," he says.

"But through 2017 and 2018 demand stabilised, and we are really in a state of balance now where it is more incremental workload being picked up as oil companies look to do a bit more project work."

Martin also argues that the S-92's performance in tenders last year, notably in Brazil and Mexico, when facing bids from smaller super-medium-class helicopters, is a testament to the platform's desirability.

Providers of super-medium-class rotorcraft, such as Airbus Helicopters with the H175 and Leonardo Helicopters with its AW189, have long argued that the superior economics of their helicopters for the majority of offshore missions would see them gain significant market share.

There has been some evidence of super-medium growth – operators such as Babcock, CHC and NHV have all put helicopters in this class into offshore service – but in a market where there is already low-cost capacity available and capital expenditure is being kept to a minimum, expansion of that fleet has been gradual.

Both the AW189 and H175 have struggled to reach maturity in a "low-demand environment", according to Flight Ascend Consultancy, despite being cheaper to acquire and with lower direct operating costs than the S-92.

Sikorsky, which does not have a super-medium helicopter in its line-up, takes a different view, of course. While the S-92 is perceived as the ideal platform for long-distance operations – range with a 30min fuel reserve is 480nm (855km) – when the manufacturer analysed flight-plan data, it revealed that over half of the missions carried out with the helicopter were at ranges of less than 150nm.

The message from the market, says Martin, is that "we don't need a third weight class of aircraft".

"With the S-92 you have an aircraft that has so much utility that is applicable across mission profiles, whether 100nm offshore or 300nm, the S-92 is a great aircraft to do that mission."

However, the reality is slightly more nuanced: thanks to a surfeit of capacity on the market, values and lease rates for S-92s have reduced, encouraging greater uptake of the aircraft.

"The type is heading towards becoming cost-competitive with the super-medium market and as such, may find opportunities for stabilisation and recovery [of values] in 2019," says Flight Ascend Consultancy. It gives the average half-life value for an S-92 as $18 million, but notes that most idled equipment or helicopters held for sale or facing lease returns would be valued below that average.

Despite its market position, Sikorsky is not staying still. Although light on detail at present, Martin hints that there are performance improvements on the way for the S-92.

The most obvious of these is new engines, with the manufacturer having previously identified the -8A6 variant of the GE Aviation CT7 powerplant as the likely upgrade.

That powerplant already has US Federal Aviation Administration approval, notes Martin, and would offer a performance boost in hot conditions over the current CT7-8A turboshafts.

But he stresses that Sikorsky's focus is on three "pillars" - speed, automation and intelligence. "We are investing in each of those," says Martin.

"You will see Sikorsky bring to market packages of enhancements to our existing civil product line that will deliver value for our customers," he says, noting that all the upgrades will be retrofittable.

An increased use of automation is one area of emphasis, he says, building on the features introduced in 2015 with Sikorsky's Rig Approach system. This provides a fully coupled and automated approach to offshore platforms, significantly reducing pilot workload during a critical flight phase.

Future developments will see the helicopter able to "perform more of the tactical operations… perhaps faster or more efficiently than a pilot can", says Martin.

Although Sikorsky has been researching fully autonomous operations for the US military, he cautions that technology is not yet ready for civil applications, largely because of passenger reservations.

"We are a little way away from an environment where any of us is going to get into an aircraft without anyone up front, but that's certainly the type of technology we are actively painting a path to [in] a phased approach into the cockpit."

In addition, the airframer is looking to standardise configurations on the S-92, easing the transfer of helicopters between different operating locations.

"There is lots we can do as an OEM to standardise configurations. It makes aircraft more mobile around the world – they can be moved to where the demand is," says Martin. "The name of the game in the future is efficiency" for the end-user. The change will also have the benefit of creating "a more stable asset class," he says.

Although Martin acknowledges that there have been no new orders for offshore-configured S-92s in recent years, he sees that as being of benefit to the industry.

"There's a positive message in that – it means that OEMs are not stuffing the channel for the sake of orders to push aircraft out into the fleet that aren't needed."