Two years from now, KLM will mark the centenary of its foundation: a milestone which it believes makes it the world’s oldest continuously operating passenger airline.

For chief executive Pieter Elbers, the coming event is a source of huge pride – but no guarantee of its continued standing on the global stage.

As part of Air France-KLM Group and a member of the SkyTeam alliance, the Dutch flag-carrier today serves 164 destinations in 74 countries, Flight Fleets Analyzer shows. Its operational fleet totals 117 aircraft – although once its KLM Cityhopper and Transavia units are included this increases to 209 – and its relationships with China Southern Airlines, Delta Air Lines and Virgin Atlantic enable it to widen its reach significantly beyond Europe.

“We look at what’s happening in the world in terms of industry consolidation,” Elbers tells FlightGlobal. Such widespread co-operation is a key part of KLM’s strategy, he adds, “in order for us to continue to play a relevant role in a world of giants”.

The benefits are also clear for customers, he notes. “We deliver a fantastic network, with unparalleled travel ­opportunities.”

On 26 September, KLM took delivery of its last new aircraft of 2017, with the Boeing 777-300ER also being the 29th and final example of the widebody twinjet to have been ordered by the carrier. Its earlier examples are the -200 variant. The combined Air France-KLM Group has acquired 99 of the type, all of which are still in service. 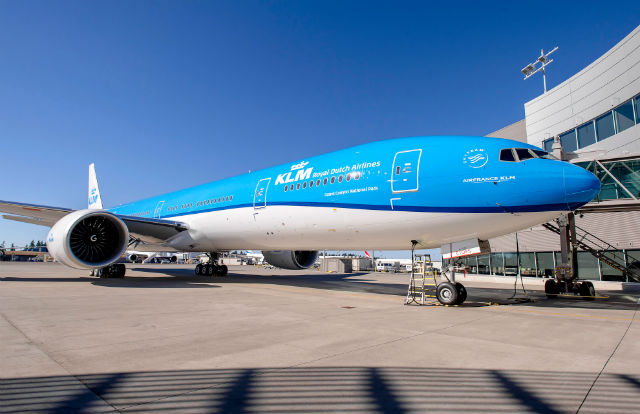 Completing its 777 fleet – although Elbers does not rule out the possibility of acquiring further examples if demand dictates – is just of part of the major change which is ongoing at KLM.

“It is very important to have fleet renewal,” Elbers says. “We have started to invest again, and have put our money where our mouth is.”

Its current main replacement activity will see KLM Cityhopper retire the last of its Fokker 70s on 28 October, as the operator completes a transition to using Embraer 175s and 190s. This process represents a notable event for KLM, as it will mark the retirement from use of its last Fokker-built aircraft. Its first – the Fokker II – entered service in 1920.

“We are replacing our fleet in clusters,” Elbers explains. “We did the regional aircraft first, and are now doing some of the widebodies, replacing the 747s with a combination of 777s and 787s.”

The carrier retired the last of its McDonnell Douglas MD-11s in 2014, and is now gradually winding down the use of its remaining 747-400s, replacing them with the long-range twinjets.

KLM’s final 777-300ER was flown from Boeing’s Everett plant in Washington the day after its acceptance, arriving at Amsterdam Schiphol airport on 28 September. After being prepared for operations, the aircraft – PH-BVU – entered revenue service two days later.

By 5 October, it had completed flights to Bangkok, Jakarta, Johannesburg, Kuala Lumpur and Lima. The twinjet can accommodate 408 passengers, including 34 in business-class seats and 374 in economy and economy-comfort sections.

The tenth of the airline’s 290-seat 787-9s was handed over during August, and a trio of further examples will follow from next January. It also will take Dreamliners in the longer-range -10 variant, for an eventual combined fleet of 21. Thirteen Airbus A330s are also in its current inventory, with Fleets Analyzer showing seven A350-900s on order.

“Our network has changed throughout the years,” Elbers notes. “With these new aircraft types we are opening up new destinations which we left long ago because economically it wasn’t viable. If you look eight or nine years back, KLM abandoned South America, with the exception of Lima and São Paulo. Now we have reintroduced Bogota, Buenos Aires, Rio de Janeiro and Santiago – all with Boeing aircraft.”

KLM’s pioneering crewing model with the large Boeing twinjets is also having a significant effect, with an increasing number of its pilots capable of flying both the 777 and 787. The carrier’s training school delivers a roughly six-day differences course to prepare them for mixed operations with the two types – which differ in maximum take-off weight by about 100t.

“In Rio de Janeiro we operate a mixed product of 777s and 787s. We know that especially for some destinations the variation in demand is quite significant throughout the days of the week. It gives me a big benefit in terms of network optimisation,” Elbers says of the initiative, adding: “Our pilots love to do it.”

With a range of up to 7,635nm (14,100km), the 787-9 has been a valuable addition to the KLM fleet. Describing himself as a “very happy customer”, Elbers notes: “We have seen a very smooth introduction of the 787, and we’re very pleased by the response from our customers.” Each of its -9s flies an average of 16h per day.

“From a hub operator perspective, it enables us to open up thinner routes and to have the lesser-volume routes operated with lower operating costs.” This includes serving the secondary Chinese cities of Chengdu, Hangzhou and Xiamen, where business-class usage is lower than on other sectors.

“We are very excited to have them on routes which were existing, or difficult,” he says. “It also helps us to step up frequencies to destinations with a little bit more variation in demand, like Osaka and Rio de Janeiro.” The future introduction of the -10-model Dreamliner will allow it to make “an even better tuning on market demand”.

Boeing Commercial Airplanes chief executive Kevin McAllister hails the manufacturer’s eight-decade relationship with KLM, which started with an order for legacy company Douglas Aircraft’s DC-2 in 1934. Its first Boeing jet – a 747 – was delivered in 1971.

“It has been a great relationship, and it’s only gotten stronger over the years,” McAllister tells FlightGlobal. “Aside from KLM being one of the pre-eminent engineering airlines in the world, we really rely on their view on how the airplanes are performing, and how to make them better.” This feedback has helped to improve the operating efficiency of the 777 through its life, benefiting both parties, he adds.

With clusters of renewal activity being performed, Elbers says there will be a “natural moment in the next couple of years” when KLM will consider its narrowbody modernisation options.

The carrier has a current fleet of 50 737NGs, with Fleets Analyzer showing the most elderly of these as being 18 years old. A replacement activity could potentially be combined with the needs of the airline’s Transavia budget unit, which today operates 44 of the type.

“We will review in the not too distant future our medium-haul network,” Elbers says. “We don’t need something tomorrow, because some of our 737s are still relatively young. What is important is that we do further work on what is the exact schedule, and at what point do we start. We’ll take some time.”

For the time being, he notes: “We have worked very hard recently in getting the utilisation up, and the 737’s operational reliability is the highest in our fleet.”

During a Boeing presentation at Everett attended by Elbers, a marketing official’s slides showed two artist’s impressions of a 737 Max 10 in KLM livery. Quipping that it is easier to put an aircraft in a Powerpoint slide than on the ramp, Elbers notes: “Clearly the Max is another step forward in the improvement in fuel consumption and customer experience.”

While a decision on its next phase of modernisation is a little way off, other things are certain. Elbers rules out any interest in the A380; following other carriers into the long-haul, low-cost sector; or creating a niche subsidiary – such as Air France’s new Joon unit, which is aimed at securing the business of technology-savvy “Millennials”.

Rather than follow such distractions, Elbers says KLM’s objective is simple – to become even more efficient in what it already does. 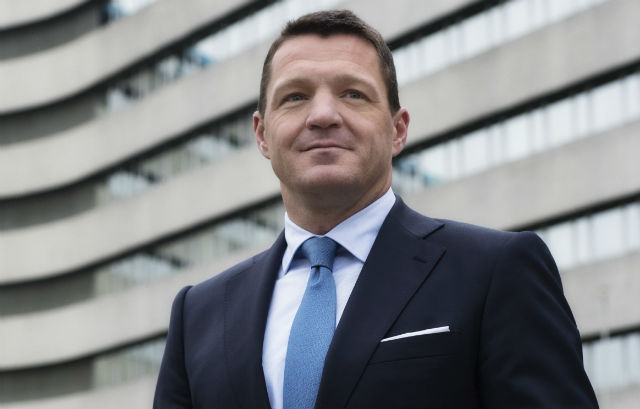 Challenges remain, however, and he notes that changing the company “is not so easy”. KLM’s management remains in dialogue with cabin crew following a strike in mid-September, which it says had only a limited impact.

Noting that other operators and airline groups – such as IAG and Lufthansa – are facing the same challenge in an age of competition from low-cost rivals, he says: “All go through the same restructuring, if you want a better airline with better productivity and a committed and motivated crew.

“We must reduce our costs, and differentiate in the customer experience,” he says, pointing to the airline’s major drive to use social media platforms such as Facebook Messenger and Whats-App to interact with passengers.

“We are moving in the right direction: our margins and passenger numbers are up, and our NPS [net-promoter score] has gone up. The investments are paying off.”