The loss of Indonesia AirAsia flight QZ8501 on 28 December follows a year in which Indonesian airlines improved their safety record.

Without question, the loss of the Airbus A320 aircraft with 155 passengers and seven crew ranks among the worst air disasters in Indonesia’s history. Flightglobal’s Ascend Fleets database shows that the worst crash involving an Indonesian carrier occurred on 26 September 1997, when a Garuda Indonesia Airbus A300 flew into a hill while approaching Medan, killing all 222 passengers and 12 crew. 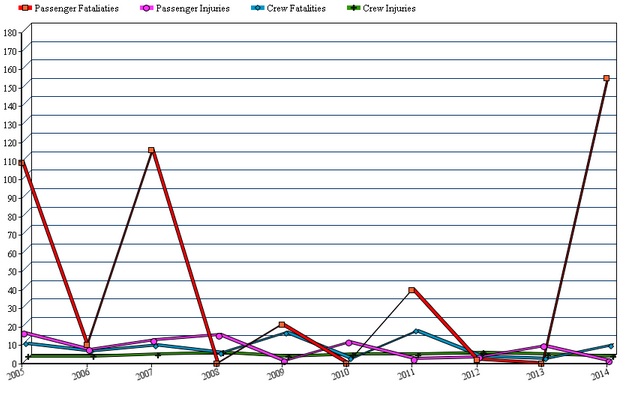 Anecdotally, Indonesian airlines are among the world’s riskiest, but examination of Ascend safety data from the last ten years shows that while Indonesian airlines still suffer their share of incidents, many resulting in hull losses, the situation is actually improving, especially in the context of rapid capacity and departure growth.

On New Year's day in 2007, an Adam Air 737-400 crashed in the Makassar Strait while cruising, killing 96 passengers and six crew. A lengthy search was conducted before the aircraft was found.

Not to say worries about Indonesia's safety record ever truly receded. In May 2012, an air traffic control error contributed to the crash of a Superjet 100 on a demonstration flight over the island of Java, resulting in the deaths of all 45 aboard, including representatives of Indonesian airlines. The aircraft, however, was not operated by an Indonesian carrier on a scheduled service, but by Sukhoi.

April 2013 saw the crash of a Lion 737-800 in the sea just short of runway 09 at Bali. All 101 passengers and seven crew survived, but four passengers were seriously injured. The legacy of this crash was the infamous image of a brand new Lion 737 broken in half in the sea – an image that went viral instantly.

But 2014 was unique in that there were no incidents of note involving the turboprops that generally account for most Indonesian airline accidents. Apart from the loss of QZ8501, only two airliners are listed as suffering damage during the year, both while landing at Surabaya’s Juanda airport.

The two incidents, which involved 737s operated by Lion Air and Garuda, resulted in no fatalities, although two passengers suffered injuries in the Lion incident. Ascend lists both incidents as resulting in major damage. 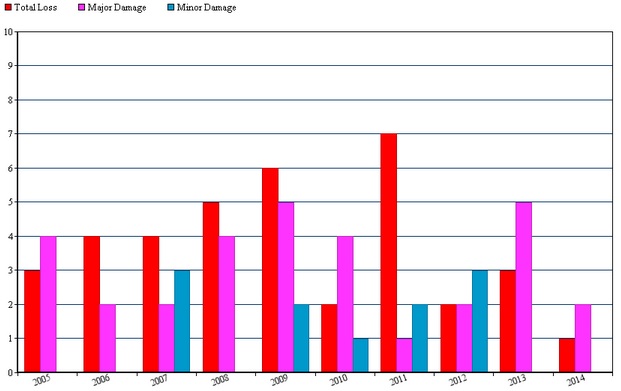 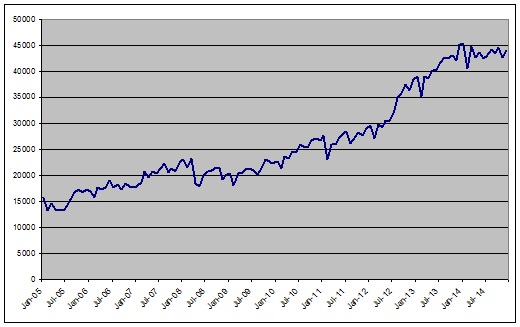 Despite Indonesia’s air safety travails in the 2000s, and the tragedy of QZ8501 notwithstanding, the numbers suggest an improving trend. For a nation increasingly reliant on air travel, this will come as good news.