People said it would never fly. Too expensive, too ambitious, too big.

Boeing proved them all wrong.

The 747 not only flew – lifting off for the first time 50 years ago, on 9 February 1969 – it prospered and endured, and in the process secured archetypal status as the quintessential jumbo jet.

All these years later, 747s remain an integral part of the world airline fleet, thanks largely to their freight-carrying abilities. And though the longevity of Boeing's 747 production line remains uncertain, there is little doubt that the type will continue flying well into the next 50 years.

"There are other very capable aircraft on the market, but no other aircraft in production can match [the 747's] massive capacity, range and efficiency," says UPS 747-8 Freighter captain and programme manager Doug Menish.

Boeing engineers conceived the 747 in the 1960s – an era when airlines were eager to get their hands on jets with transoceanic range and twice the capacity of the single-aisle McDonnell Douglas DC-8s and 707s of the day, says Boeing senior corporate historian Michael Lombardi.

Pan Am's Juan Trippe appealed for such an aircraft to then-Boeing president Bill Allen. "Bill said: 'We'll build it if you buy it,'" Lombardi says. 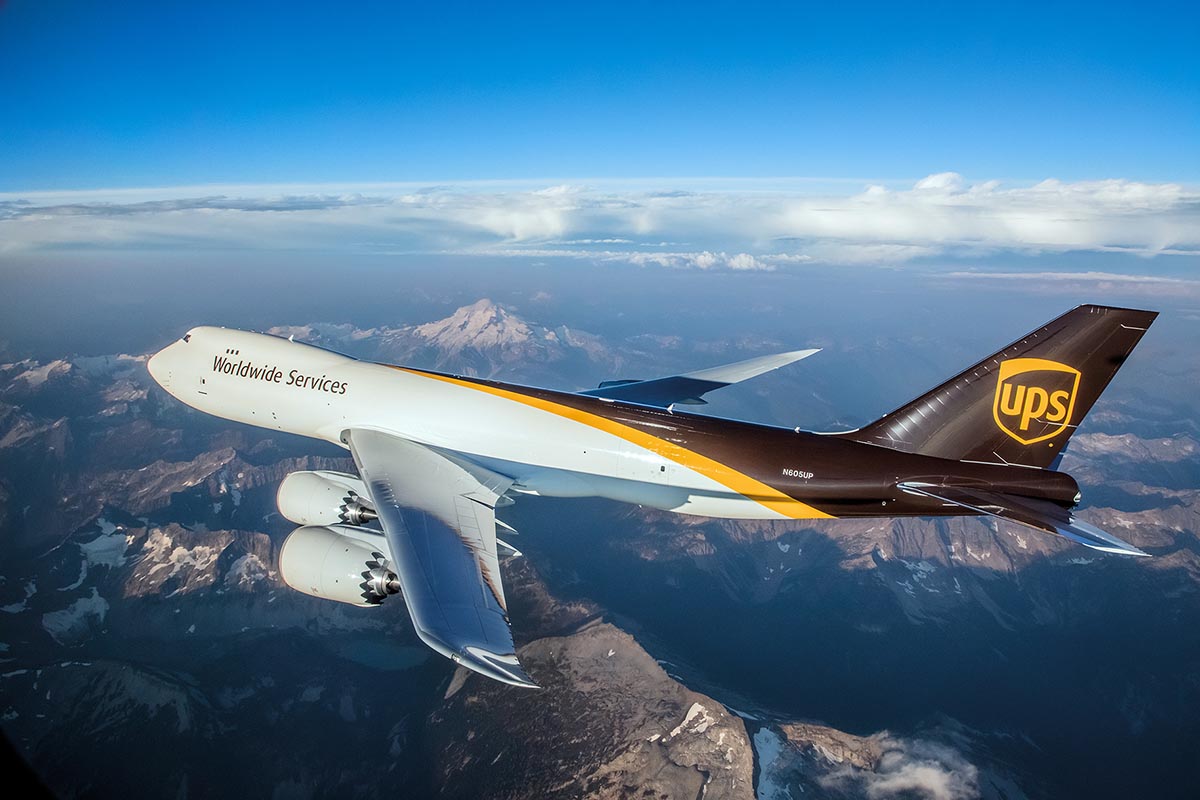 Boeing went to work designing the 747 with resources spread thin among several major programmes, including the 707, KC-135, 727, 737 and Supersonic Transport. The company also had a hand in the Apollo space programme, says Lombardi.

But technology-wise, the time was right for the 747, as engine makers were then offering new high-bypass-ratio turbofans that had the thrust and efficiency the project required.

As for the fuselage, engineers first studied a single-aisle double-decker layout but settled on what became the world's first widebody passenger jet, Lombardi says. Boeing added the 747's familiar fuselage hump – not so airlines could have penthouse piano bars, but rather because a second-floor cockpit allowed for a nose cargo door.

"They purposely built the airplane to be a great freight airplane," says Lombardi. "There were a lot of serious people that didn't think...it could fly. Also, those who [said] financially... it would not fly."

With Allen's support and engineering lead Joe Sutter's expertise, the 747 lifted off on a maiden flight on 9 February 1969. 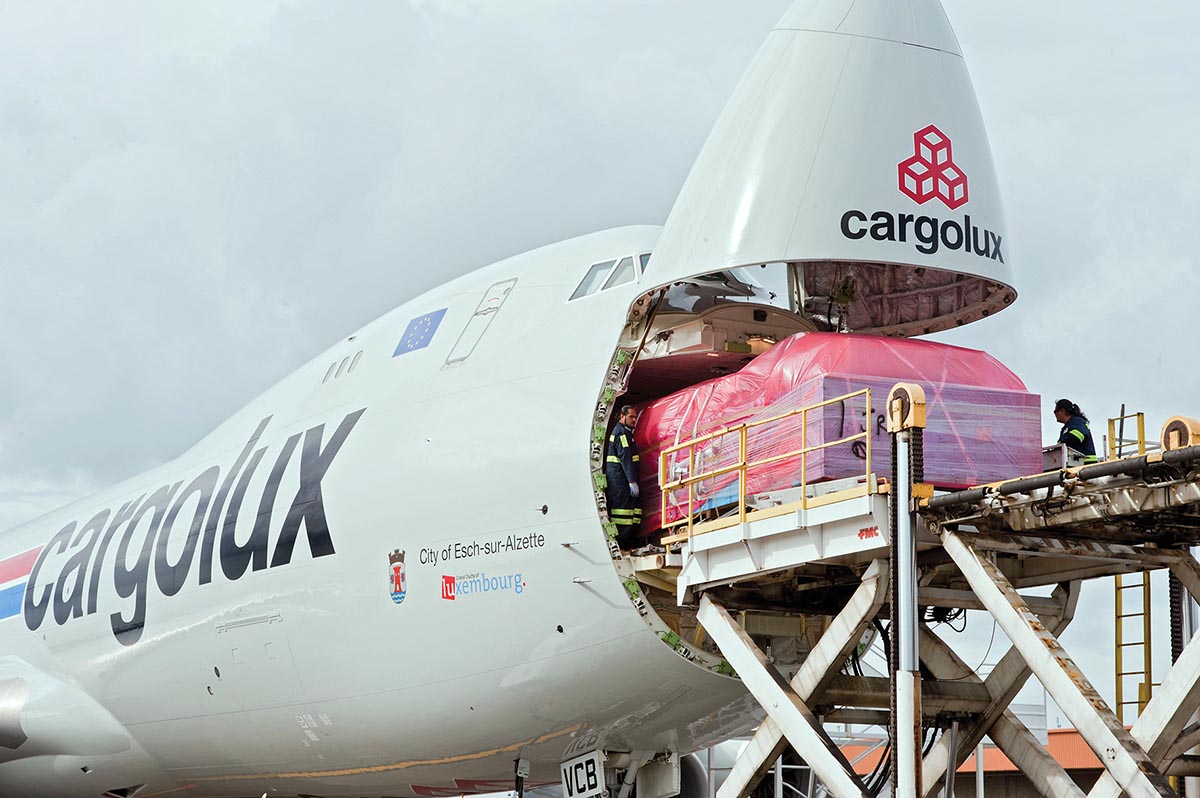 For much of the past 50 years the 747 indeed reigned as Queen of the Skies, having more capacity than competing widebodies and enduring as production of other jumbos ceased.

More recently, however, the 747 has lost its leading role. For several decades, airlines have been grounding 747s, replacing them with new, more efficient twin-engined widebodies like 767s, 777s, 787s, Airbus A330s and A350s. The A380 has taken the 747's crown as the largest passenger production aircraft.

Boeing's latest iteration, the 747-8, has been a relatively slow seller. Airlines have placed firm orders for a combined 154 of the type, made up of 47 passenger variants and 107 freighters.

"Demand for the passenger version is pretty much over," says Dimitroff.

As a result, Ascend estimates that passenger-configured 747-400s in "half-life" maintenance condition are worth $6.5-9.7 million on the used aircraft market. The type's engines hold much of that value, as engine parts remain in high demand, Ascend says. 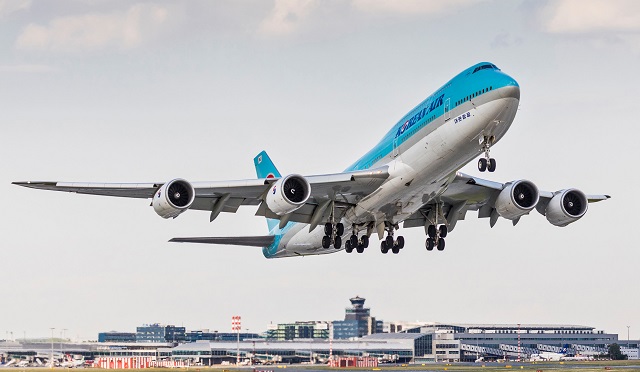 Half-life condition means the aircraft and its systems are halfway between overhauls, inspections or life limits.

As could be expected, values are significantly higher for 747-8 passenger aircraft, which are powered by GE Aviation GEnx-2B engines. Ascend values those aircraft at $63 million, for examples manufactured early this decade, and up to $105 million for those that rolled off Boeing's assembly line in 2017.

Though 747s have fallen from favour with passenger airlines, the jumbos never lost top-dog status among cargo carriers, thanks to the aircraft's ability to haul huge loads of cargo across vast distances.

"The 747 remains unique in its long haul, heavy lift ability," says Menish. "It's perfectly suited for the intercontinental routes where we operate it."

The US logistics company deploys its 22 747Fs (13 747-400Fs and nine 747-8Fs) on routes to major international destinations, with the aircraft largely flying routes to Asia.

The 747-8F's capabilities enabled UPS in early 2018 to launch a new 13.5h flight between Louisville and Dubai, he adds. And it has deployed 747-8Fs on routes formerly served by 747-400Fs and MD-11Fs, which it has redeployed to other routes, thereby "cascading additional capacity" throughout the network, Menish says.

Thanks to their freight-hauling capabilities, 747 Freighters are much more valuable on the used market, according to Ascend.

Factory-built 747-400Fs are currently going for $18-30 million on the used market, while airlines can expect to pay $10-11 million for passenger-to-freighter converted 747-400Fs (again, assuming half-life value).

Airlines need to dig especially deep to get their hands on used 747-8Fs, which will set them back between $88 million and $170 million, according to Ascend.

Despite having secured an enviable place in aviation history, the 747's future seems increasingly uncertain as the sixth decade of the jumbo-jet era dawns.

Boeing's backlog currently stands at just 24 747s, made up of 19 for UPS, one for Volga-Dnepr and four for unidentified customers, according to Boeing.

If Boeing fails to land more orders, and assuming it maintains the current six-aircraft annual production rate, the last 747 will roll out of the Everett site in 2023 – 54 years after the type's first flight.

Whether airlines will order more 747-8Fs remains an open question, and Boeing did not respond to requests for comment about 747 demand.

But the airframer expects that in the next 20 years airlines worldwide will need at least 490 new large freighters – a category that includes the 747F and 777F, according to Boeing's 2018 World Air Cargo Forecast.

Demand for such aircraft depends largely on the health of the air cargo market. That business suffered mightily following the recession of the last decade but broadly recovered in 2017, when demand (measured in freight tonne-kilometres) jumped by 9%, according to IATA.

Despite increasing demand for shipments of e-commerce products, however, the upswing slowed through much of 2018 amid protectionist sentiment, the threat of trade wars and signs of weakening economic conditions.

In November 2018, air freight demand was flat year on year, marking the first month without growth since March 2016, IATA reported.

Still, Boeing's report shows optimism, predicting air freight demand will increase by an average of 4.3% per year and that air cargo traffic will more than double in the next 20 years.

"While global air freight growth has moderated in 2018 after unusually strong growth in 2017, many indicators show that the air cargo market is fundamentally well positioned to sustain the growth momentum at or above the long-term trend," says Boeing's forecast.

To keep 747 production alive, however, Boeing must convert those rosy forecast figures into firm orders. Barring that, production may indeed be nearing an end. 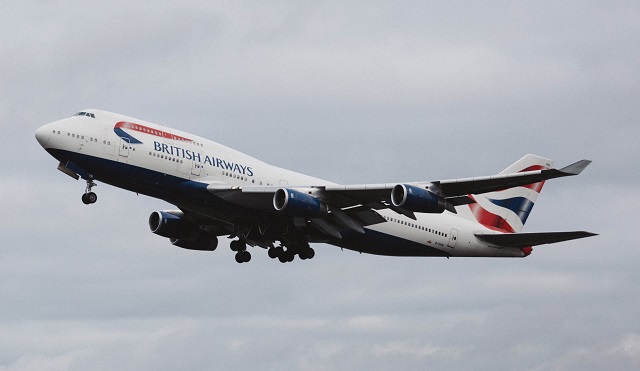 BA is currently the largest operator, with 34 in service

Even so, the 747 era seems nowhere near over, as the jumbo's cargo abilities give it a modicum of job security.

If Boeing does halt production, airlines will likely extend the service lives of their 747-8s beyond the typical lifespan of 25-30 years, Dimitroff says.

"There is no equivalent replacement," he says.