The Royal Australian Navy has completed its transition to the Sikorsky/Lockheed Martin MH-60R maritime helicopter, having flown its last S-70B-2 Seahawk into retirement on 1 December.

Introduced to service in 1988, the Seahawk fleet has been replaced by an active inventory of 24 MH-60R anti-submarine and anti-surface warfare rotorcraft, delivered to Australia from October 2014. The new type is operated by 725 Sqn from Nowra, New South Wales, including examples embarked on several naval vessels. 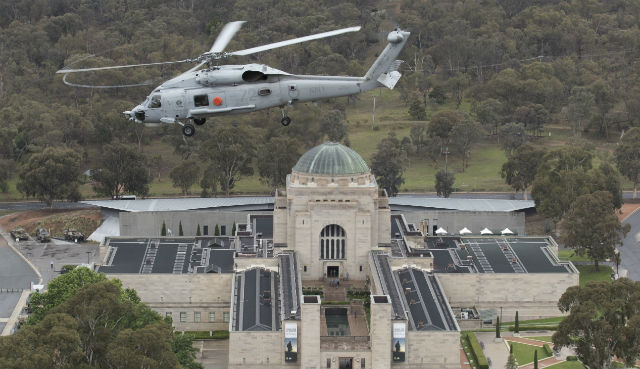 The navy's final S-70B2 – registered N24-003 – was flown to the Australian War Memorial in Canberra, where it will be preserved. The departing model was used during operations in the Middle East from the 1990-1991 Gulf War onwards.

Meanwhile, the navy also has ended operations with its Airbus Helicopters H125/AS350 trainers, with the type having been replaced in use by the same manufacturer's H135 via the helicopter aircrew training services programme, delivered by Boeing Defence Australia.