Bangladesh has selected the UK's Marshall Aerospace and Defence Group to modify a pair of ex-Royal Air Force-operated Lockheed Martin C-130Js and provide long-term support for the tactical transports.

Announced by Marshall on 10 May, the deal will include work in designing, developing and installing a new medical evacuation fit for Dhaka's Hercules. This will "enable the Bangladesh air force to carry out important tasks within the country and overseas delivering support to UN missions," the Cambridge-based company says.

Marshall says it will provide a "total support solution" to the Asia-Pacific nation, including aircraft maintenance, engineering and logistics services and spare parts. This will "ensure the effective operation of the fleet", it adds.

The Bangladesh air force says the ex-RAF transports will provide "a key enhancement to our current airlift capability… as we prepare to take the step from the B- to J-model." Flight Fleets Analyzer records the service as currently using four C-130B/Es, aged between 56 and 58 years. The UK's surplus "Super Hercules" are on average 19 years old, it shows. 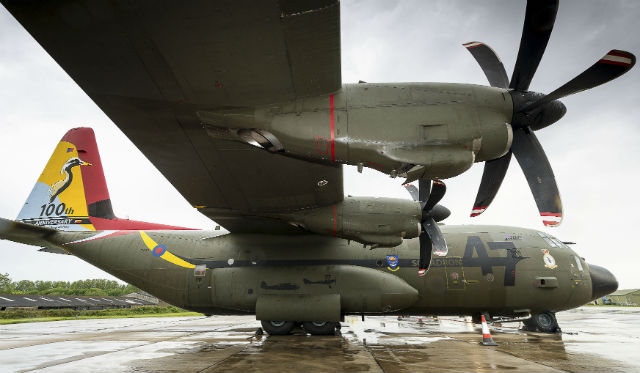 The RAF has already retired its five short-fuselage C-130Js, having focused its operations on the stretched -30 model, 19 of which remain in use. One of its surplus airlifters has already been bought by the US Navy and will be employed in support of its Blue Angels aerobatic display team, where it will replace an aged T-model transport.