Boeing has delivered the first GE Aviation-powered 787-9 off the production line to United Airlines, which also becomes the first North American customer to receive the stretched model of the Dreamliner.

The GE-powered aircraft joins deliveries of 787-9s powered by Rolls-Royce Trent 1000 Package C engines to All Nippon Airlines and Air New Zealand. The latter was the first carrier to take delivery of the 290-seat-class 787-9 on 9 July. 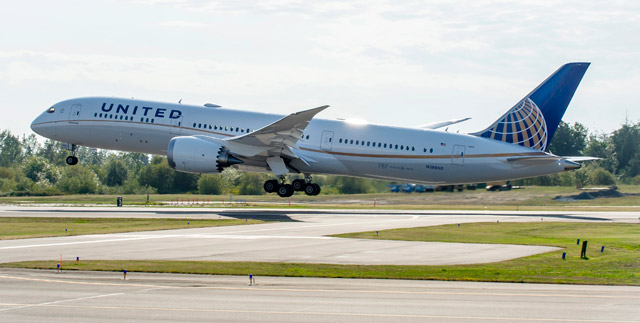 United has ordered 26 787-9s to be configured with 252 seats, including 48 in the carrier’s premium BusinessFirst cabin, 88 in Economy Plus and 116 in Economy.

United vice-president of fleet Ron Bauer says the 787-9 will offer “even more flexibility and range”.

United will install a battery of bespoke software and hardware on the 787-9s before commencing route-proving flights in late September between Los Angeles and the carrier’s Houston hub.

Inaugural service from Los Angeles to Melbourne, Australia, is scheduled for 26 October.