The Royal Air Force has achieved the in-service date for its Airbus A400M tactical transport, with the milestone representing the transfer of a seventh aircraft from Airbus Defence & Space.

Previously scheduled to occur during March, the in-service target was missed earlier this year, with a further delay to the schedule caused by the fatal crash of an Airbus-crewed A400M in Seville, Spain during May.

Airbus has now delivered four A400Ms to RAF Brize Norton in Oxfordshire, with another three examples having been transferred to support testing of the type’s defensive aids system equipment for the UK. The service will eventually field 22 of the type, under an acquisition worth £2.75 billion ($4.2 billion). 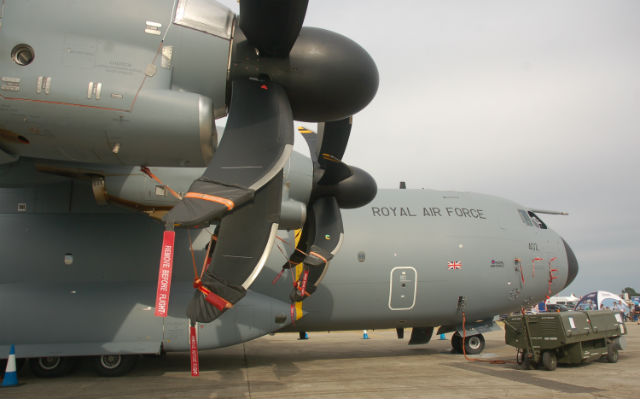 Announcing the development during the Defence and Security Equipment International (DSEI) exhibition in London on 15 September, minister of state for defence procurement Philip Dunne said the latest handover means the A400M “can now undertake tasks wherever it is needed around the world”.

Airbus says the RAF will later this month pass a combined 1,000 flying hours with its A400Ms, and cites a mission success rate of "in excess of 90%".