Boeing has secured a three-year contract for 78 F/A-18E/F Block III Super Hornets, with a total contract value of approximately $4 billion.

“Boeing will begin converting existing Block II Super Hornets to Block III early in the next decade,” says a company statement. “The fighter’s life also will be extended from 6,000 hours to 10,000 hours.”

The company says that the multi-year contract will save a minimum of $395 million, as it allows for the scheduling of future production.

“This multiyear contract will provide significant savings for taxpayers and the U.S. Navy while providing the capacity it needs to help improve readiness,” says Dan Gillian, vice president of F/A-18 and EA-18G programs. 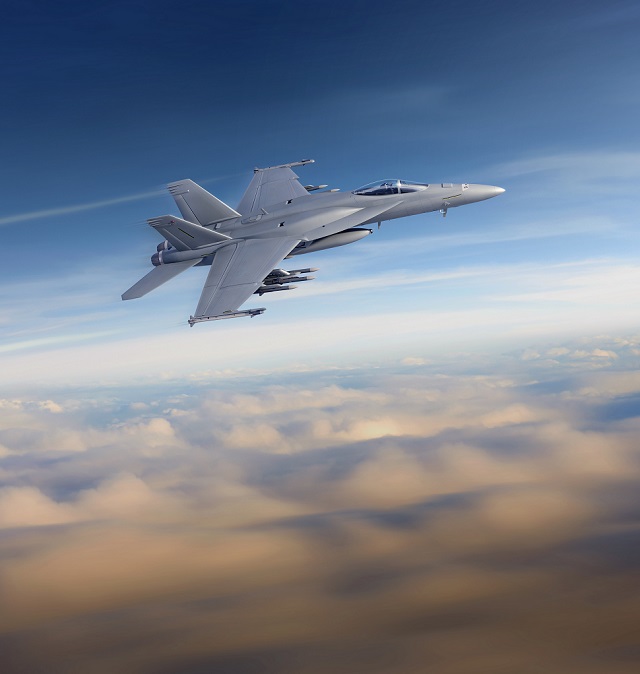 “A multi-year contract helps the F/A-18 team seek out suppliers with a guaranteed three years of production, instead of negotiating year to year. It helps both sides with planning, and we applaud the US Navy on taking the appropriate steps needed to help solve its readiness challenges.”

The Block III upgrade package includes a range of structural and sensor upgrades, but it crucially adds the ability to receive and transfer large amounts of sensor data with other Super Hornets and the Northrop Grumman E-2D Advanced Hawkeye.

It also adds a second-generation infrared search and track (IRST) sensor, allowing the Super Hornet to detect and track enemy aircraft without giving away its own position by using its radar. The IRST is able to detect even targets stealthy to radar at long ranges, but a single sensor on one aircraft does not provide enough clarity to provide targeting information to a guided missile.

The addition of conformal fuel tanks increase’s the aircraft’s range, and the Block III also has a reduced radar cross section (RCS).