“The pod’s interfaces with the aircraft’s hardware and software, as well as cockpit control and monitoring, were tested during the flight,” the company says of the 4 November activity aboard a Gripen D fighter. 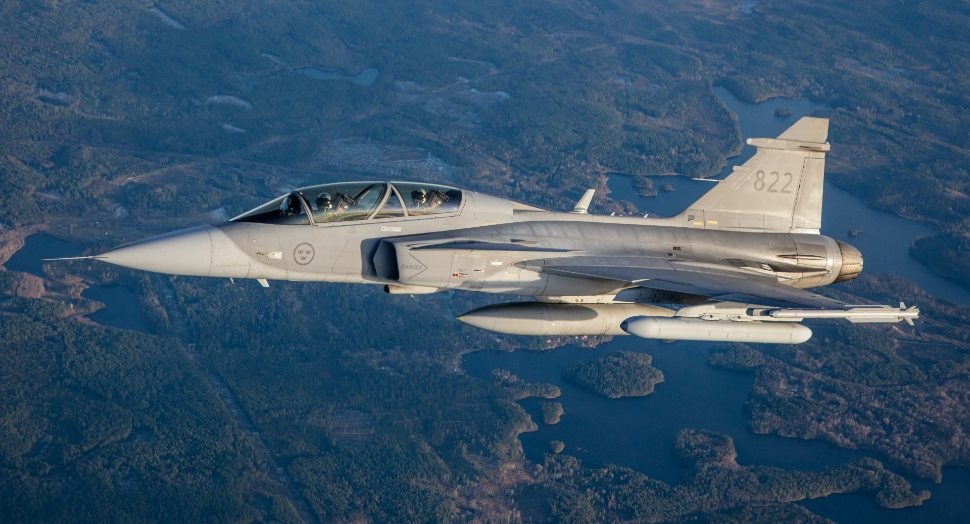 The Swedish company earlier this year outlined its plans for the low-band jammer technology demonstrator, which is approximately 4m (13.1ft) long and weighs 350kg (770lb). The work is being performed in support of expanding its Arexis family of electronic warfare equipment, and with an eye on future European combat aircraft self-protection needs.

Saab says the EAJP “is a strong complement” to the electronic warfare system on its new Gripen E/F, but notes that the same technology can be adapted for use with other aircraft types, such as the Eurofighter Typhoon.