The Europrop International TP400-D6-powered airlifter (MSN104/CT-01) is scheduled to be delivered before the end of the second quarter of this year, its manufacturer says. 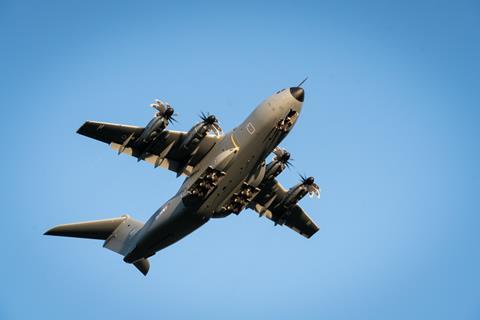 Once operational, the Luxembourg-owned asset will be assigned to a joint unit also including the Belgian Air Component’s eventual seven-strong Atlas fleet.

Cirium fleets data indicates that there are 88 A400Ms in current active use, with the type operated by the air forces of France, Germany, Malaysia, Spain, Turkey and the UK.