USAF B-52 in carry test of hypersonic ARRW missile

The US Air Force (USAF) conducted a carry test flight of its AGM-183A Air Launched Rapid Response Weapon (ARRW) on a Boeing B-52 Stratofortress aircraft on 12 June at Edwards AFB in California.

The prototype did not have explosives and was not released from the B-52 during the flight test, says the USAF. Instead, a sensor-only version of the ARRW prototype was carried externally by a B-52 during the test to gather environmental and aircraft handling data.

The test gathered data on drag and vibration impacts on the weapon itself and on the external carriage equipment of the B-52, says the USAF. The service is required to collect such data on its weapons systems via testing while undergoing development. The USAF did not make available pictures of the carry test. 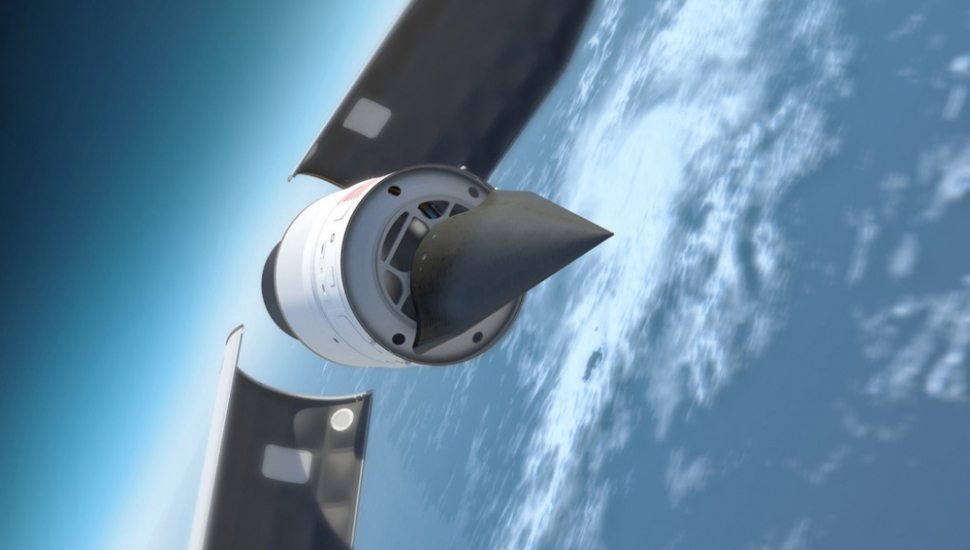 Conceptual image of DARPA's Falcon Hypersonic Test Vehicle, a predecessor to ARRW, as it emerges from its rocket nose cone and prepares to re-enter the Earth’s atmosphere

The USAF awarded a $780 million contract to Lockheed Missiles and Fire Control in 2017 to develop ARRW. A so-called boost glide hypersonic system, the vehicle uses a rocket to accelerate its payload to high speeds, before the payload separates from the rocket and glides unpowered to its destination at hypersonic speeds up to Mach 20. ARRW is set to reach early operational capability by FY2022, says the USAF.

“We’re using the rapid prototyping authorities provided by Congress to quickly bring hypersonic weapon capabilities to the warfighter,” says Will Roper, assistant secretary of the USAF for acquisition, technology and logistics. “We set out an aggressive schedule with ARRW. Getting to this flight test on time highlights the amazing work of our acquisition workforce and our partnership with Lockheed Martin and other industry partners.”

Roper says streamlined acquisition regulations approved by the US Congress is important to develop weapons that could counter Washington’s adversaries. Hypersonic missile development efforts by Russia and China in recent years have sparked an arms race with the USA.

“This type of speed in our acquisition system is essential – it allows us to field capabilities rapidly to compete against the threats we face,” Roper says.

The service’s other hypersonic weapon effort is the Hypersonic Conventional Strike Weapon (HCSW), an air-breathing, ram-jet-powered cruise missile that it expects to have an initial operational capability by 2020. The HCSW development contract was awarded to Lockheed Missiles and Space in 2018 for $928 million.