Emirates is renowned for its huge aircraft orders, and this year’s Dubai air show was no disappointment. But dig a bit deeper and it quickly becomes clear that the airline has actually been quite restrained in its spending.

Emirates is renowned for its huge aircraft orders, and this year’s Dubai air show was no disappointment. But dig a bit deeper and it quickly becomes clear that the airline has actually been quite restrained in its spending.

The current cycle started two years ago at the 2017 show, when the global network carrier confirmed its intent to step back from its fleet of very large widebody types – Airbus A380s and Boeing 777Xs – to maximise growth by tapping markets of lower demand. 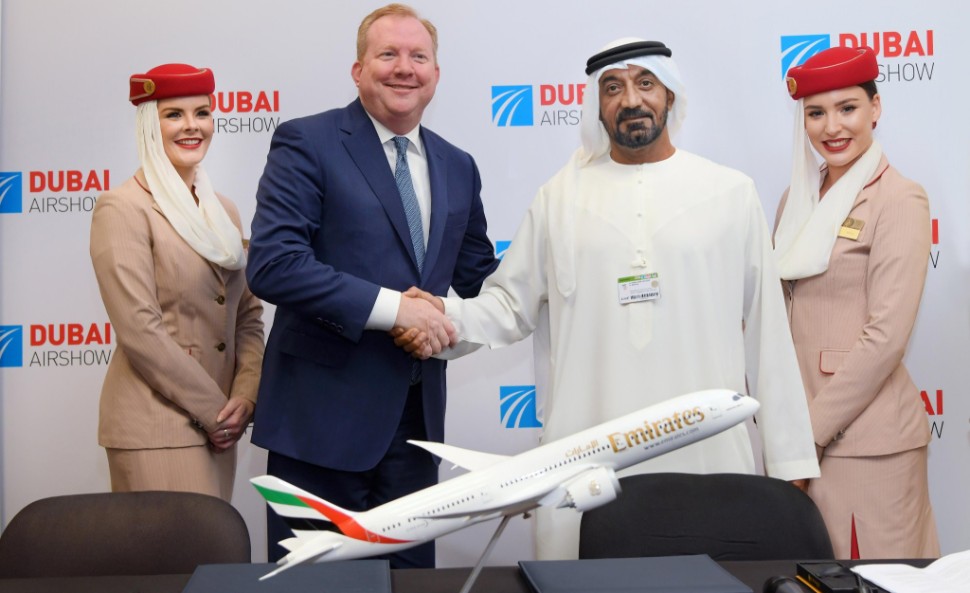 That resulted in the airline signing a memorandum of understanding for 40 787-10s in November 2017. The announcement at this year’s show of a deal for 30 787-9s effectively marked the consummating of that two-year negotiation. But in between, the Emirates fleet-planning team has seemingly been chasing its tail.

Central to this apparent indecision was Airbus’s termination of its flagship aircraft programme. Emirates had signed what would be its last A380 mega-deal in February 2018 for 20 examples, plus 16 options. This was supposed to be the programme’s life-saver, but with doubts already increasing over the sustainability of production, the airline found itself struggling to get any serious bids from the engine suppliers for these orders.

The world is a different place to the one in which Emirates placed its 150-aircraft 777X order in 2013. Even before the A380’s fall, there was speculation that negotiations over the 787 contract centred on substituting some of the 777X orders. Now the Airbus twins were threatening to steal Boeing’s thunder.

By the time the airframers touched down in Dubai for this year’s show, things had changed again. Emirates’ planners were less than enthused about the prospect of investing in a warmed-up version of the A330. Instead it has gone large on the A350, and also revisited the 787 plan from two years ago – but this time focused on the smaller -9 variant. Also in the mix are 30 777 cancellations.

So after a two-year spending spree featuring orders, options and commitments for almost 200 widebodies, the net increase when it all shakes out is just 31 new orders.

The carrier’s next headache is identifying a worthy replacement for the A380, as its fleet peaks in the next two years at around 120 aircraft and then declines. Based on the airframers’ stated product-development intentions, that could prove a mighty challenge.