Ready for the next big tanker battle?

Much as an army cannot march on an empty stomach, an air force can have only limited effect without the range- and endurance-boosting support provided by in-flight refuelling tankers.

Much as an army cannot march on an empty stomach, an air force can have only limited effect without the range- and endurance-boosting support provided by in-flight refuelling tankers.

First trialled almost a century ago, the process of transferring fuel between flying aircraft is immensely more complex than might be expected – as highlighted by Boeing’s continuing struggles with getting the US Air Force’s (USAF’s) 767-based KC-46A mission ready.

While it is currently flying high in this sector, it should not be forgotten that Airbus Defence & Space encountered similar travails when it adapted the A330-200 for the tanker mission. In common with its US rival, the European company also battled issues affecting the type’s boom, under-wing refuelling pods and enhanced vision system equipment. 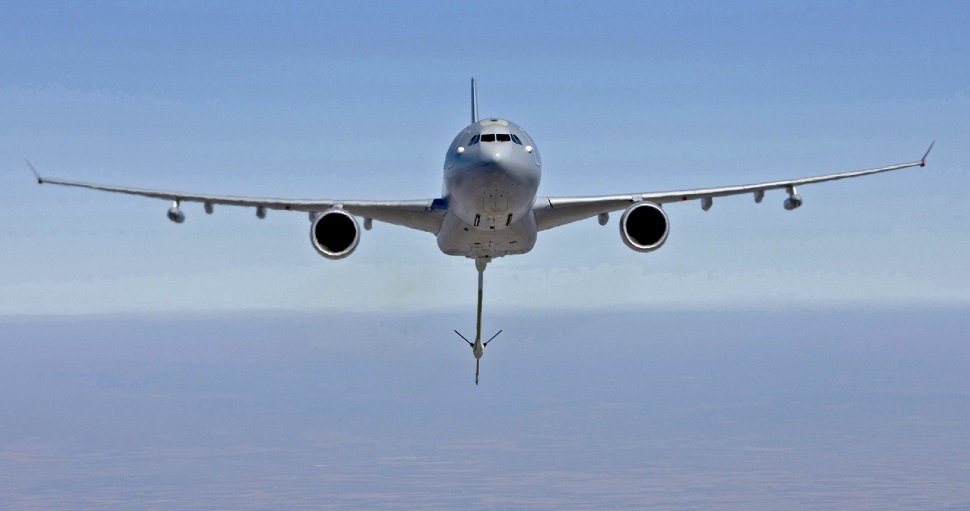 But buoyed by the A330 multi-role tanker transport’s sustained operational success with seven nations, and with six other users waiting in the wings to use a pooled fleet from next year, Airbus is looking to drive home its current market advantage.

Next year, the company will perform its most ambitious series of automatic boom trials yet with an undisclosed first customer for the capability, with certification sought during 2021. It also is eyeing the type’s potential for use as a communications node and in intelligence gathering.

With 60 aircraft sold and 41 delivered, Airbus has proven its credentials as a tanker superpower, even though Boeing’s KC-46A programme with the USAF will ultimately deliver almost three times as many aircraft.

If the USAF’s KC-X tanker competitions were hard fought, just wait for the action when the service looks to replace its McDonnell Douglas KC-10s. Airbus already has an early teaming agreement with Lockheed Martin, and as its commercial A330-200 backlog dwindles, don’t bet against an A330neo development emerging as its next filling station in the sky.