Grob Aerospace flew its SPn utility jet for the first time on 20 July from Allgäu Airport (EDJA) near Memmingen in southern Germany.

The aircraft was airborne for 66min, in the course of which initial handling tests and system checks were performed. 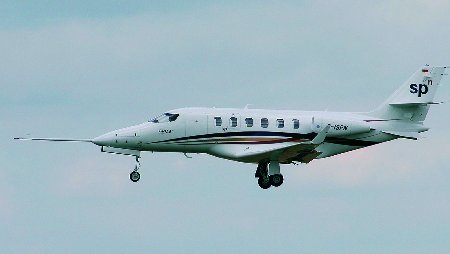 “The aircraft was easy to handle and was a pleasure to fly,” he adds. European Aviation Safety Agency certification is targeted for the first quarter of 2007, followed by US Federal Aviation Administration approval and the start of customer deliveries in the second quarter.

The SPn made its debut on static display at the Paris air show in June (Flight International, 14-20 June) and is equipped with a Honeywell Apex integrated glass cockpit and a pair of rear-mounted Williams FJ44-3A engines.