Major US airlines expect the Thanksgiving holiday travel season to break records as airlines continue to deal with the fallout of the grounding of the Boeing 737 Max aircraft, a lobby group for the commercial aviation industry says on 19 November.

Major US airlines expect the Thanksgiving holiday travel season to break records as airlines continue to deal with the fallout of the grounding of the Boeing 737 Max aircraft, a lobby group for the commercial aviation industry says on 19 November.

Airlines for America (A4A), an industry group which represents nine major US passenger and cargo carriers, says that it expects the Sunday after the national Thanksgiving holiday, 1 December, to be the busiest day in US commercial aviation history, transporting a record 3.1 million passengers on that single day alone. 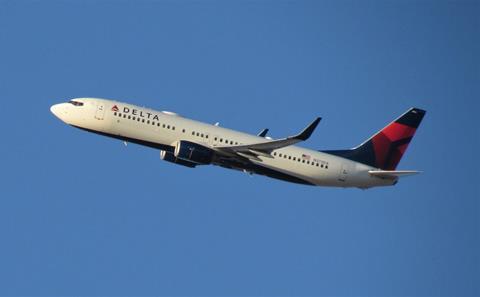 For the entire 12-day holiday period which it analyses, the association expects airlines to transport a total of 31.6 million passengers, up 2.7% from the same period a year ago. Load factors will be between 79% and 91%, the organisation adds. The holiday travel period as defined by A4A begins on Friday, 22 November and ends on Tuesday, 3 December.

That said, the grounding of the 737 Max following two fatal accidents, now in its tenth month, has substantially reduced daily airline departures. With 72 Max aircraft grounded and another 76 on order, which will not have been delivered as planned between April and the end of the year, the grounding has forced airlines to rethink capacity, defer retirements and discretionary maintenance, and reorganise their schedules.

The estimated net reduction in daily departures for the busy November and December travel season are 417 and 426 respectively, much higher than the averages for the second quarter, 261, and the third quarter, 326.

The carriers are eager to see the aircraft return to service, and expect no long-term ill effects once the aircraft is integrated in to the schedules again, he adds.

“It’s unlikely that the manufacturer will be able to deliver all those planes on day one,” Heimlich adds. “It will be phased in, and even at the airlines which have already taken delivery of Max aircraft, it will take some time to work them back in to the schedule. The market knows this is coming.”

With a strong economy, continuing growth of employment and gross domestic product, more disposable income, low fares and high consumer confidence, there will likely be enough demand to absorb the additional capacity into 2020.

While Boeing has said it expects the FAA to certificate the aircraft before the end of the year, the FAA has been adamant about not setting a timeline for the plane’s return.

Airlines for America also said in its industry review published on Tuesday that the carriers invested about $18.1 billion in upgrading their metal, satisfying a pent-up demand for fleet renewal. But had the Max been flying this year, that number would have been $1 billion higher, Heimlich says. That $1 billion will likely be shifted to 2020 due to delayed aircraft deliveries.

Overall in the first nine months of 2019, A4A says passenger traffic is up 4% from the same period a year ago. Domestic travel demand continues to grow as transpacific routes have dragged.