American Airlines has changed dramatically in the past few years. From its Chapter 11 bankruptcy filing in 2011 to its merger with US Airways two years later, followed by the subsequent integration of the two carriers, American today is almost unrecognisable.

"We are a global network carrier," Doug Parker, chairman and chief executive of American, tells FlightGlobal at the airline's headquarters a few kilometres from Dallas/Fort Worth International airport. 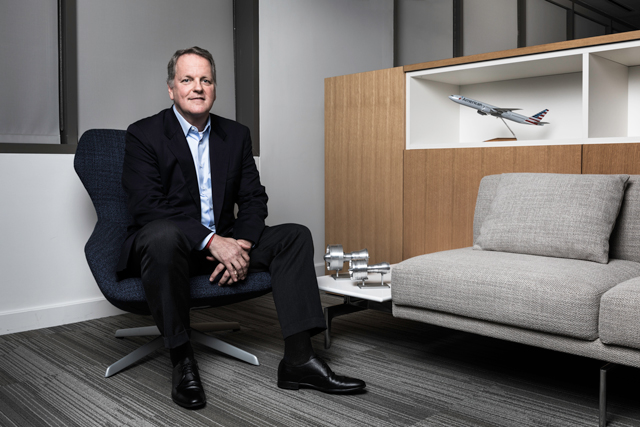 That statement is truer today than ever before. While American offered an expansive domestic network and broad international service prior to its reorganisation, the US Airways merger catapulted it to the top spot in the USA. A concerted effort since to expand in Asia has seen it fill the largest gap in the combined international network.

That growth continues this year, with 52 new routes set to begin by summer. The majority of these connect the dots across American's network, such as Dallas/Fort Worth and Asheville, and Philadelphia and Oklahoma City, but a few, including Missoula, in Montana, Panama City (Florida) and South Bend (Indiana), aim to boost profitable connections over its hubs.

"What we're doing is we're taking existing aircraft, increasing the utilisation and redeploying aircraft from markets that maybe aren't doing quite as well to places where we know we can do well where we have real strategic advantage," said Parker during American's 2017 earnings call in January. "We're creating better connecting markets."

American's network is extended further by its joint-venture partners, including British Airways and Japan Airlines, and potentially LATAM Airlines Group and Qantas in the near future.

Asia, however, remains the weakest region on American's map. Despite an 80% increase in seat capacity from 2011 to 2017, the carrier was at a disadvantage in the Chinese market because of its lack of a partner there, says Parker.

That changed when American invested $200 million in China Southern Airlines in 2017, a move that is seen as the first step towards a strategic partnership between the carriers. They cannot form a joint venture because of the lack of open skies between China and the USA.

"We think it's going to be a good investment but it was largely done for the relationship," says Parker on the deal. American and China Southern began codesharing on flights behind Beijing and Shanghai in China in January, and the deal also netted American the necessary slots in Beijing to begin daily service from Los Angeles, which started in November 2017.

He declines to speculate on where the still-new partnership could go, saying: "We need to get our feet under ourselves and get this codeshare in place and see how it works."

American, in addition to growth and merger synergies, is benefiting financially from the structural shift in the US industry. Since 2008, the number of major carriers has halved to four, including Delta Air Lines, Southwest Airlines and United Airlines.

The shift has given Parker the confidence to go out on a limb, suggesting the industry is now structured in a way that allows it to remain profitable – potentially in perpetuity.

"I don’t think we’re ever going to lose money again," he said in September 2017. "This is an airline and an industry that will be profitable in good and bad years.”

Asked about his confidence, Parker first jokes that he did say "think" in his comments but then explains that income does not fall to negative territory if you consider American's income today and how much earnings fell during past recessions. 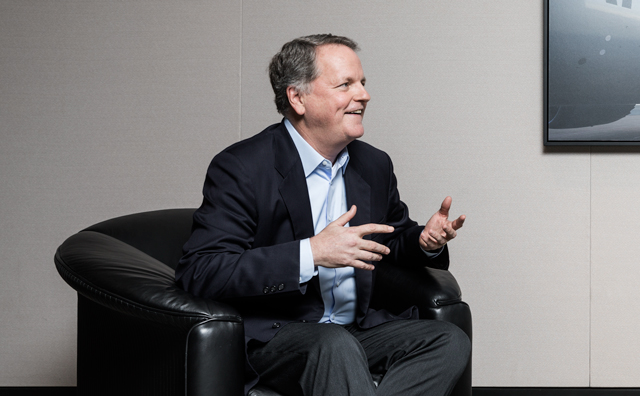 It is tough to get a like-for-like comparison for the airline today versus past recessions. For example, the pre-bankruptcy American saw both operating and net income fall $1.97 billion on an operating revenue decline of $3.02 billion from 2007 to 2009. A decline of a comparable magnitude using its 2017 numbers would see it post a $2.09 billion operating profit and a $53 million net loss.

However, the numerous balance sheet improvements that have occurred under Parker, including the removal of fuel hedges and the reduction in interest expenses, make it difficult to say the impact of a recession today would be the same as the 2008-2009 event.

"I do believe the industry has been transformed fundamentally and structurally in a way that it's a real business now," says Parker. "There are lots of companies and businesses that don't lose money ever, it's just the airline business did it every other year. That's why it's a controversial statement."

American's transformation is about more than just growth and profits. Parker has made it a point to change the culture of the carrier to one that is more in touch with its passengers and employees alike.

"The challenge we continue to focus on… is to work to create an environment that cares for our front-line team members," says Parker. "I think we've made enormous progress but it's hard enough to build trust in an organisation… when it's been destroyed – to rebuild it takes a lot more time."

That effort, dubbed the "leap of faith", has been ongoing for at least two years. It encompasses management being more supportive of employees, for example caring for their needs, providing better tools and facilities for their jobs, and increasing remuneration in line with other network carriers.

The effort has a sensitive air to it not often associated with a large corporation but Parker is firm that this is the direction American’s culture needs to go. One example he cites are the carrier's executive offices: prior management teams stationed a guard at the entrance, stopping anyone from entering who did not work there or have an appointment. The guard has been removed and the doors are now left open to staff.

These changes address the culture at headquarters but other efforts, such as paying industry-standard wages and awarding free round trip tickets anywhere in American's network to all staff for receiving an industry award, are aimed at regaining the trust of the thousands of employees outside the building.

"It's more about making sure you do the right thing [and] taking care of your team," says Parker. "That in itself will be a positive surprise versus the past." 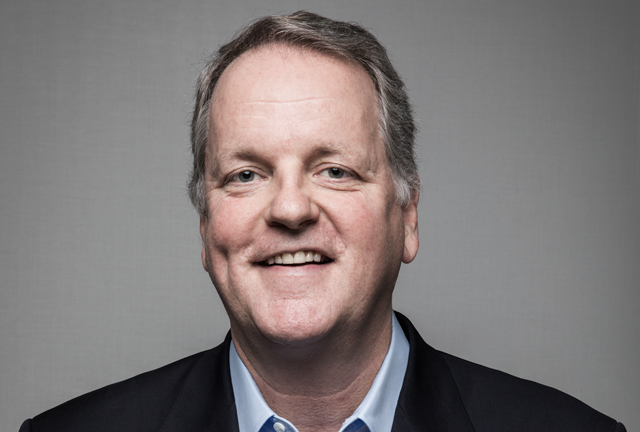 Not everyone is won over by the leap of faith. American's pilots' union the Allied Pilots Association and its flight attendants' union, the Association of Professional Flight Attendants, continue to publicly air their issues with management.

After a systems glitch allowed more pilots than planned to take leave over the December 2017 holidays that potentially left American understaffed for the busy travel period, the Allied Pilots took a divisive tone against the airline's efforts to staff those flights by directly offering pilots extra pay.

"This stands in direct opposition to the company mantra of 'validating the trust' and the stated goal of making culture a competitive advantage," the union said in November 2017. "Management’s actions likewise jeopardise any collaborative effort to ensure our passengers have a pilot crew to take them to their important holiday events."

While American and the Allied Pilots reached an agreement on holiday staffing a few days later, the tone of the union's statement shows the still wide gap between the collaborative work environment Parker envisions and the reality he faces.

"We're not yet at the point where union leadership believes it's in their best interest to be seen as doing things that support the company," says Parker. "It's as simple as that. It's an old-line kind of airline predicament we're in but one that hopefully goes away over time."

Rising costs are one issue Wall Street analysts have repeatedly called American and other US legacy carriers out for. In 2017, unit costs excluding fuel and other special items increased 5.6% at American, compared with 4.3% at Delta Air Lines and 3.1% at United Airlines.

The jump in 2017 labour expenses was largely due to the mid-contract pay adjustment American gave to its flight attendants and pilots that May. Flight attendants received an increase of up to 6.5% and pilots a raise of up to 8.7% based on seniority following pressure from the unions to address the growing disparity between their rates and those offered by Delta and United.

American's pay rates were at the industry standard when both contracts were implemented in 2015. However, Delta set a new bar for pilots when its crews ratified a new agreement in December 2016 that was immediately matched by United, and United set the bar for flight attendants with an accord in August 2016.

"In the first couple of years of them being in place, two of our competitors had gone well above the rates we'd gone to," says Parker on American's labour agreements. "No one anticipated that."

While at first, management attempted to tell flight attendants and pilots that they would get the new rates in their next round of contract negotiations, which are due in 2020, Parker says they soon realised the tactic would not work.

"It was too big for too long," he says, recalling a conversation on the subject that he had with a pilot in early 2017. He adds that the resulting pay adjustment was in keeping with the more caring management style he is pushing at American.

"We're never going to be a carrier that relies entirely on cost structures as its competitive advantage – ours is much more of a network advantage," says Parker on the cost-related criticism the carrier has received from Wall Street.

One cost advantage that American does not hesitate to highlight is its young fleet. The average age of its 949 mainline aircraft was 10.1 years at the end of 2017, the youngest among the four largest US carriers, Flight Fleets Analyzer shows.

This was largely the result of the combined American and US Airways orderbooks, which included the record 460-aircraft dual order for 260 Airbus A320 family and 200 Boeing 737 family aircraft that American placed in 2011. Those deliveries have allowed the airline to replace many of its ageing Boeing 757 and MD-80 aircraft, with the last of the so-called Mad Dogs due for retirement in 2019.

"We've got a fleet of narrowbodies that is young and efficient that should serve us for many, many years to come," says Parker, adding that the airline is "basically done" on changes to its narrowbody orderbook for the time being.

Where American continues to work is on the widebody front. One question is the future of its Airbus A350-900 order, which Parker has previously said it either needs to increase from 22 or to figure out "something else" for the fleet.

American is considering three options: increasing the size of the A350 order, swapping the aircraft for Airbus A330-900neos or ordering additional Boeing 787-9s, chief financial officer Derek Kerr said in January. Either the A330 or 787 would have commonality with the airline's current widebody fleet, while the A350 would not.

The airline continues to discuss the matter with Airbus, says Parker, declining to comment further.

The Boeing 767-300ER is American's other widebody conundrum. The fleet of 23 aircraft, which Fleets Analyzer shows has an average age of 19 years, either needs to be refurbished or replacements found, says Parker.

"We either need to go through some major investment to say we're going to have [the 767s] in the fleet for a while – they're good aircraft, they still have a lot of useful life – but if that's the case we need to go make them look and feel like the rest of the fleet," he says.

Asked whether American was interested in the possibility of a reopened passenger 767 line in Everett, Parker says he is not aware of any discussions but suspects Boeing has discussed it with airline if the airframer is considering it.

Parker's view for the future of American is bright. Of course, it is what he cannot foresee that poses the greatest challenge to the airline and what that will be – from the next recession to a dramatic change to the security environment for carriers – remains unknown.