New Delhi has called for expressions of interest related to the planned procurement of 111 aircraft via its Naval Utility Helicopter (NUH) requirement, leading up to a request for proposals (RFP) due for release late in the third quarter.

The NUH will replace the Indian navy’s obsolete Hindustan Aeronautics Chetak helicopters, the defence ministry says. Previously, the RFP had been scheduled for release last year, but no details were given for the apparent delay. 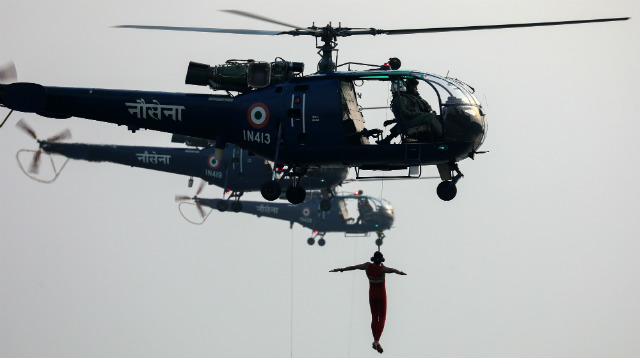 Potential candidates could include the Airbus Helicopters AS565, Bell 429 and the Sikorsky S-76.

A request for information issued in August 2017 called for a 5t-class helicopter. Required missions include search and rescue (SAR) and casualty evacuation, as well as general transport and anti-piracy and anti-terrorism missions. The NUH will also be tasked with “torpedo drops”, the defence ministry says.

The deal aims for a high level of local production, with foreign helicopter manufacturers to team up with a local “strategic partner”. The expression of interest calls for 16 examples to be produced overseas, and the remaining 95 in India.

“The OEMs have been mandated to set up dedicated manufacturing lines, including design, integration and manufacturing processes for NUH in India and make the Indian manufacturing line as a global exclusive facility for the NUH platform being offered,” it says. Overall, the ministry aims for “about 60%” of the helicopter’s content to be sourced locally.

Airbus Helicopters would work with Mahindra Defence, and Bell with Tata Advanced Systems. Sikorsky and its parent Lockheed Martin also have a strong relationship with Tata on other programmes, such as the S-92 helicopter and C-130J tactical transport.

An earlier request for information called for a twin-engined helicopter weighing less than 12.5t, with at least two weapon stations for the carriage of short- and long-range anti-ship missiles, lightweight torpedoes and depth charges.

The planned NMRH will have two variants. One will perform anti-submarine warfare, anti-surface warfare, electronic intelligence and SAR duties, while the other will primarily support special operations and commando missions, providing troop transport, maritime interdiction and combat search and rescue.

Sikorsky's MH-60R is viewed as a strong candidate for the NMRH need, given its prior success in an earlier multi-role helicopter requirement. In August 2018, New Delhi announced that its Defence Acquisition Council had decided to obtain 24 examples via the US government’s Foreign Military Sales programme.