Airbus Helicopters has announced further renewal of its product line with the launch at Paris this morning of a two-year concept development phase for a new heavy helicopter provisionally called the X6.

Destined to ultimately replace the 11t-class H225, the new rotorcraft will seat 19 passengers, and feature next-generation engines and fly-by-wire controls. Images displayed at the air show indicate an aircraft with five-blade main and tail rotors, and a very short tail boom.

Service entry is provisionally anticipated in the 2022-23 timeframe, says the airframer’s chief executive Guillaume Faury, and it “will set the standard for the heavy segment when it reaches the market”.

It intends to work with a customer advisory panel to ensure the configuration of the X6 is “designed by customers, for customers”, says Faury, but the “exact positioning” of the helicopter will be “the outcome of the concept phase”. 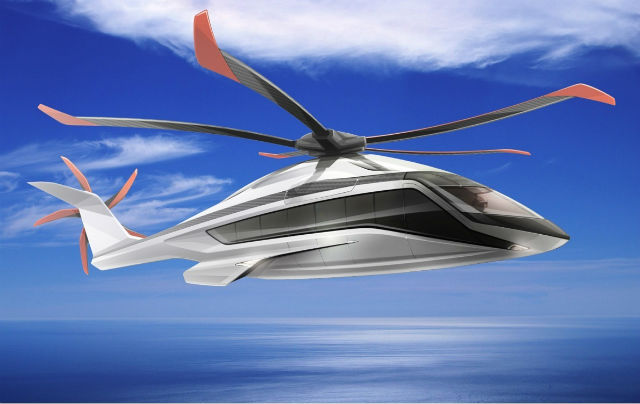 It will be pitched initially at the oil and gas, search and rescue, and commercial transport markets, but a military variant will subsequently be developed, says Faury.

Customers are increasingly demanding aircraft that can fly further, are safer and more capable, he says, and the X6 will “match those levels of expectation”.

No engine has yet been selected, but several manufacturers are developing new high-power turboshafts for future programmes which will be considered during the concept phase.

However, one feature that has been decided on is a fly-by-wire control system, a first on an Airbus Helicopters civil model. This was selected after an 18 month study, looking at the experience of similar systems on the NH Industries NH90 military type and Airbus fixed-wing aircraft.

“We came to the conclusion that fly-by-wire controls make sense for a heavy helicopter for the future” as it helps to “drive capability and safety”.

Production of the X6 is likely to be in parallel with the H225, which will continue “at least for the next decade and a half”.