Chinese airframer AVIC is displaying a mock-up of its Wing Loong II armed UAV in the static park. 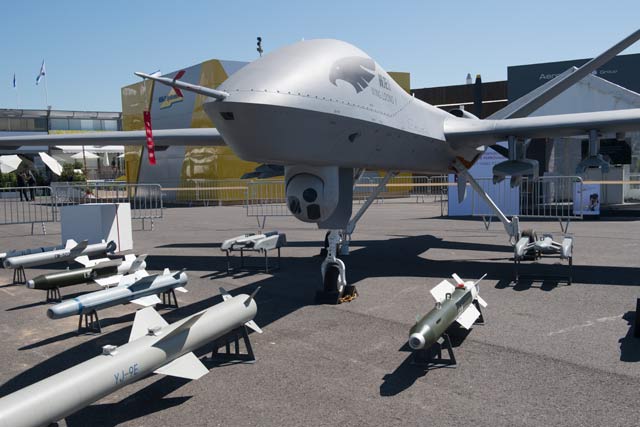 The system, which resembles the General Atomics Aeronautical Systems Reaper, has reportedly been sold to countries in the Middle East, including Saudi Arabia and Iraq. Although Chinese UAV systems lack some of the advanced capabilities of western systems, they are cheaper and come with few political strings.

At Air Show China in Zhuhai in late 2016, Chinese manufacturers displayed several full-sized UAV mock-ups in the static park. The systems placed a marked emphasis on firepower in the form of bombs in missiles, as opposed to intelligence, surveillance, and reconnaissance.

One notable omission from this year's show is the Chengdu/Pakistan Aeronautic Complex JF-17 Thunder fighter. Designed for export markets in the developing world, the type appeared in 2015's flying display and on static.

At that show, Flight Daily News broke the news that the aircraft, a joint project between Islamabad and Beijing, had won its first international buyer. Few details have emerged since then, but Chinese blog sites have shown a JF-17 flying in Chengdu bearing the livery of the Myanmar air force.