EADS subsidiary Eurocopter has issued the first image (an artist's impression of which is pictured below) of the EC175 6t-class helicopter, which it is co-producing with China’s AVIC II as part of a €600 million ($720 million) deal.

The EC175 is designed to fill a niche in Eurocopter’s civil helicopter portfolio between the 5t Dauphin and the 10t Super Puma. The aircraft, which will be powered by the Pratt & Whitney Canada PT6, is scheduled to fly in 2009, gain European and Chinese certification, and enter series production in 2011.

Production will be split evenly between China and France and EADS predicts a market for up to 800 EC175s over 20 years. 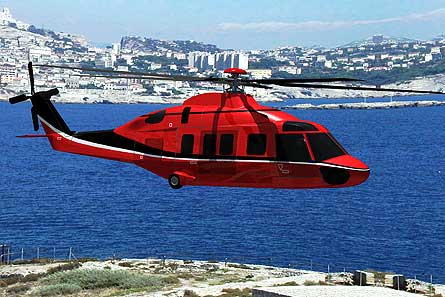