The Scandinavian budget airline is due to start operating transatlantic routes with the Max this summer.

Norwegian has 108 of the re-engined type on order, according to Boeing’s backlog figures.

The airline’s livery features renowned figures on its vertical fin. It originally concentrated on prominent Norwegian personalities but has since diversified. 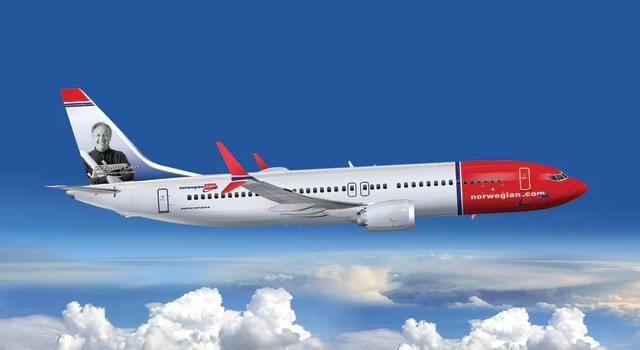 Freddie Laker was the founder of Laker Airways, which developed the ‘Skytrain’ low-cost nonstop transatlantic operation, using McDonnell-Douglas DC-10s, between London and New York in the late 1970s.

Norwegian says he “set the template” for many current budget airlines, and has been an “inspiration” for its own low-cost service, which includes more than 50 transatlantic routes.

It says Laker’s image is a “fitting” one to be carried on the airline’s initial transatlantic Max operations from the UK and Ireland to the US east coast.