Russian researchers are conducting windtunnel tests on a new twin-engined aircraft concept with a potential range of nearly 4,900nm (9,000km).

The Central Aerohydrodynamic Institute in Moscow says the development of a "next-generation" aircraft design is a "key challenge", and it is looking at concepts to generate greater range at higher speeds.

It is exploring two different wing sweeps on a model with a typical circular fuselage. The sweep of 30° is intended for cruising at M0.83-0.84 while another, slightly greater, sweep could raise this to M0.84-0.85.

"There is a growing interest in new aircraft of moderate passenger capacity – some 200-250 seats – capable of covering distances of more than 8,000km," says the institute's Anatoly Bolsunovsky.

He says such a design would be "in demand" for Russian operators which have to fly long-range domestic routes. United Aircraft has previously mooted the possibility of developing a twin-engined version of the Ilyushin Il-96.

"Owing to new design methods, it is possible to significantly improve the aerodynamic characteristics compared with the previous generation aircraft," Bolsunovsky says, adding that advanced powerplants can provide a 30-35% cut in fuel consumption.

Initial windtunnel tests have "confirmed" preliminary estimates, the institute states. Further rounds of tests are scheduled for the end of this year. 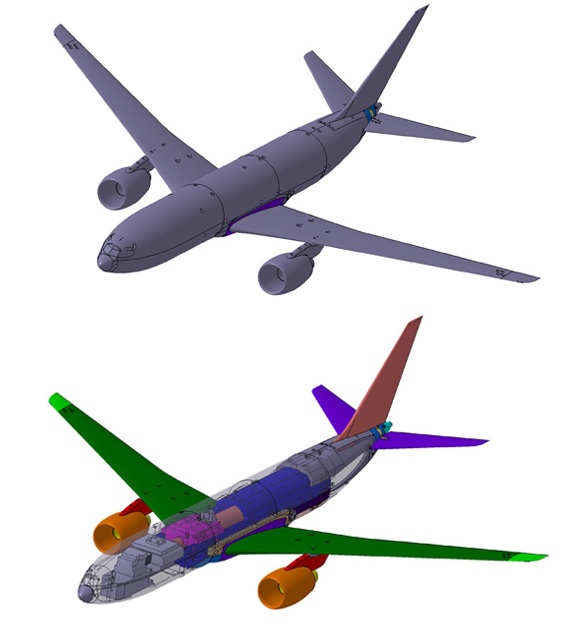