With the Bell Helicopter 505 Jet Ranger X making its maiden flight recently – and with the technologically advanced 525 Relentless waiting in the wings – we run down a (entirely subjective) list of the most influential helicopters of all time. And before anyone complains at the lack of a tiltrotor or compound rotorcraft, for reasons of simplicity we kept to conventional helicopters, as the more complex designs would fill a list all of their own. So, in order of age:

Beating rival Bell Aircraft to the distinction of the first practical helicopter (with a honourable mention to the Focke-Wulf Fw.61) the Vought-Sikorsky VS-300 became a springboard for the company that still bears founder Igor Sikorsky’s name. Making its first tethered flight in 1938, it utilised a single Lycoming piston engine putting out 75hp to power both the main rotor and the single tail rotor – another first. Later versions were fitted with a more powerful Franklin powerplant and improved cyclic controls and in May 1941 it took the endurance world record from the Fw.61, staying aloft for 1h 32min 26.1s. 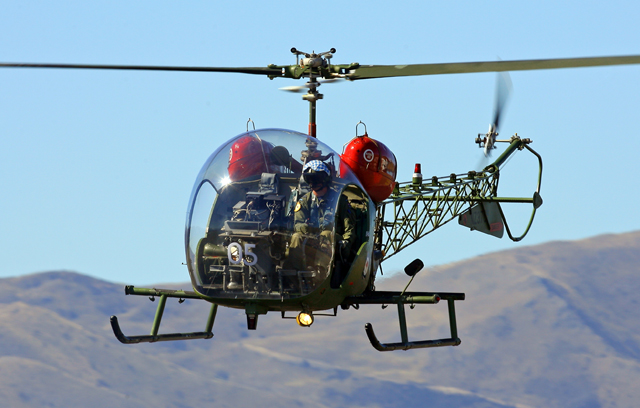 Building on its Model 30 and the work pioneered by legendary designer (and later philosopher) Arthur M Young, the-then Bell Aircraft’s Model 47 is for many the quintessential early helicopter. The star of shows such as M*A*S*H and Whirlybirds, the Model 47 was the first rotorcraft certificated for civil use and additionally saw service with both the US Army (as the H-13 Sioux) and the British Army (licence-built by Westland as the Sioux AH.1 and HT.2). Although the appearance of early models varied, the –G variant, which entered service in 1953, features the distinctive welded-truss tail boom and bubble canopy. 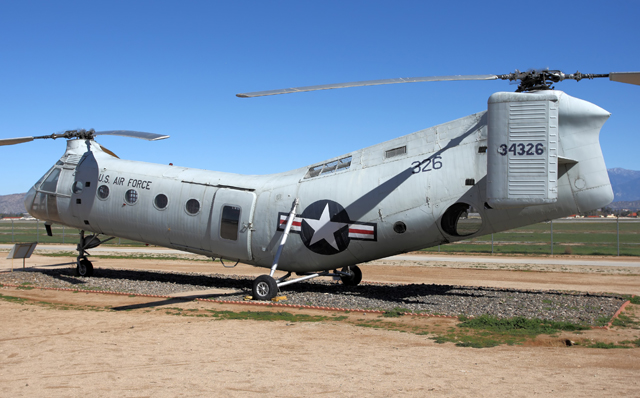 Dubbed the “flying banana” due to its curved fuselage, Piasecki’s H-21 Shawnee is very much the forerunner to Boeing’s CH-47 Chinook. The H-21 proved that the concept of tandem, intermeshing rotors could work to create a heavy-lift rotorcraft. The Shawnee was nominally capable of carrying up to 22 fully equipped infantrymen, although deployed to the hot conditions of Vietnam, this figure dropped markedly to nine. It was originally produced by Piasecki, which morphed into Vertol Aircraft and then Boeing Vertol following its acquisition. And it was the introduction of the bigger, more capable Chinook to Vietnam in the mid-1960s that spelled the end for the H-21 in active service. 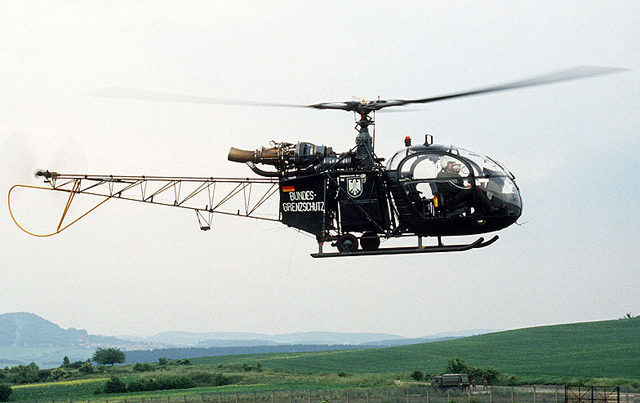 Although the Kaman K-225 was the first helicopter to be powered by a turbine engine – making its maiden sortie in July 1949 – Aérospatiale’s Alouette II was the first turboshaft-equipped rotorcraft to enter series production. Powered by a 260shp (190kW) Turbomeca Artouste engine, the Alouette II, then produced by Sud-Est/Sud Aviation, made its first flight in early 1955, entering service a little over two years later. Setting a number of altitude records along the way, the Alouette II continued in production until 1975. 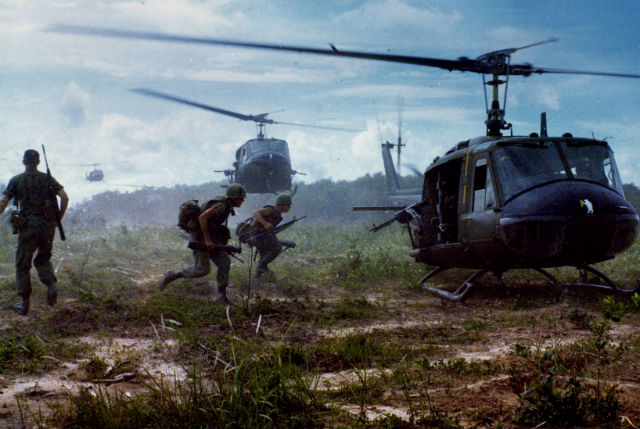 Ah, the Huey. It paved the way for the civil utility helicopter in the form of the Jet Ranger. However, it’s better known as a symbol of the Vietnam War (and not just because of that scene in Apocalypse Now). Journalist Michael Herr waxes lyrical about helicopters in his book Dispatches, describing them forming one “meta-chopper” in his dreams. It was, he writes, “the sexiest thing going; saver-destroyer, provider-waster, right hand-left hand, nimble, fluent, canny, and human; hot steel, grease, jungle-saturated canvas webbing, sweat cooling and warming up again, cassette rock and roll in one ear and door-gun fire in the other, fuel, heat, vitality and death, death itself, hardly an intruder.” He may have been referring to helicopters generally, but it’s hard to read that paragraph and not think of the Huey. 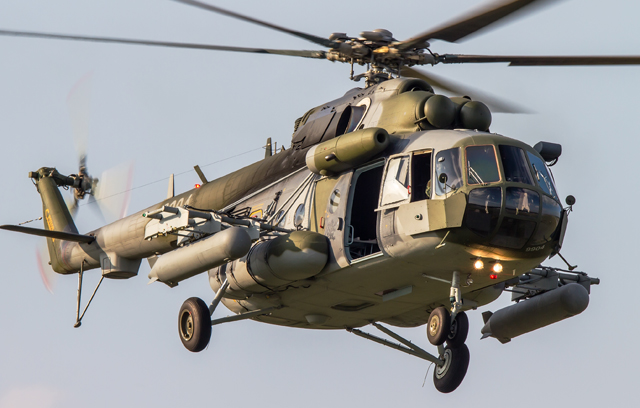 Love ‘em or hate ‘em, Mil Mi-8s and Mi-17s are the AK-47s of the rotary world. Sold in great numbers all over the globe, the Mi-8 is, rather like Kalashnikov’s assault rifle, happy to operate in difficult conditions where sophisticated Western-built models founder. The distinctive shape of the Hip has changed little since its debut in the early 1960s, but Russian Helicopters is heading towards certification of the latest iterative update of the civil variant, the Mi-171A2. This gains uprated Klimov VK-2500 powerplants and a Transas glass cockpit, which should enable the type to continue for a good few years yet. 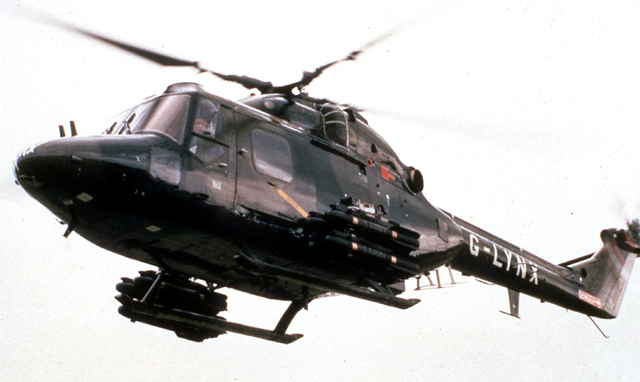 Search on the Fédération Aéronautique International’s website for Record File #11659. It’s a sparse entry but what it tells you is startling: on 8 November 1986, test pilots John Egginton and Colin Hague flew a Westland Lynx (G-LYNX) over a 15/25km straight-line course and attained a top speed of 400.87km/h (216kt). Although bettered by the likes of the Airbus Helicopters X3 compound rotorcraft, Egginton and Hague’s record still stands to this day as the world speed record for a conventional helicopter. 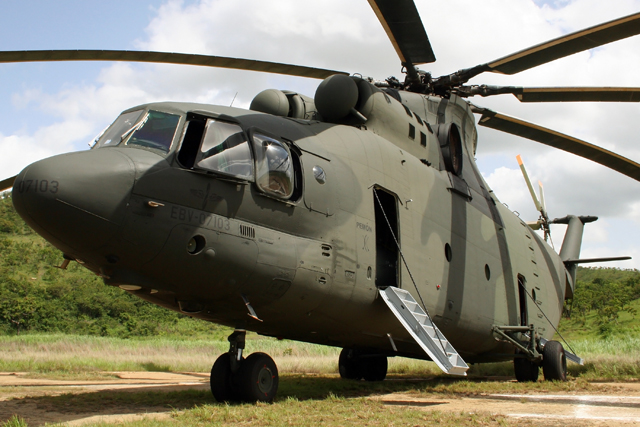 Everything about the Mil Mi-26 is massive. From its maximum take-off weight of 56t, to the 32m (105ft) diameter of its eight- – yes, eight – blade main rotor, to the passenger capacity of 82, plus a crew of as many as six, to the maximum payload of 20t, to its two 11,400shp (8,500kW) engines - every aspect of the helicopter is on the giant side. It’s the world’s largest helicopter and looks set to stay that way for some considerable time – Sikorsky’s in-development CH-53K, the only vaguely comparable heavyweight on the horizon, has a MTOW of just 38.4t… 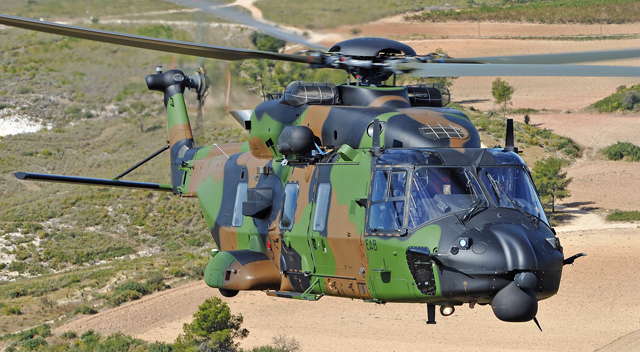 Despite teething problems almost too numerous to mention (engines, corrosion, windscreen cracking, to name but three), and a name that already reeks of obsolescence, the NH Industries NH90 military rotorcraft remains a market leader thanks to being the very first production helicopter to feature full fly-by-wire controls. As yet no civil helicopter utilises a FBW system, but Bell Helicopter’s 525 Relentless and the AgustaWestland AW609 civil tiltrotor, due for certification in 2016 and 2017 respectively, will feature the technology. 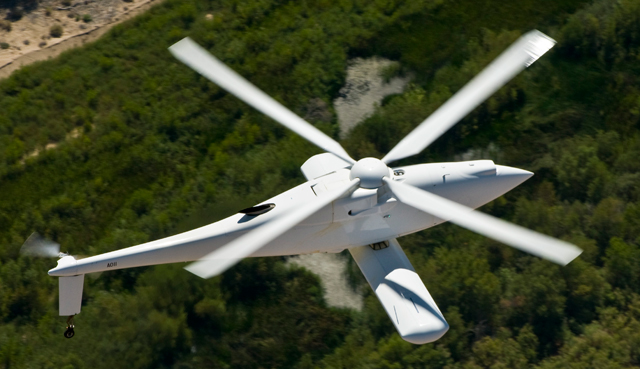 Development of the A160 Hummingbird unmanned air vehicle as part of a contract with the US Defense Advanced Research Projects Agency was begun by Frontier Aircraft and subsequently transferred to Boeing following its 2004 purchase of the California-based company. Rotor and transmission technologies developed by Frontier founder Abe Karem enable the RPM of the Hummingbird’s main rotor to be varied for greater efficiency at different altitudes and speeds. This gives the A160 lower fuel burn and greater endurance, eventually leading in August 2008 to an 18h 41min 28s sortie which still holds the Fédération Aéronautique International’s record for endurance of an air vehicle in the 500-2,500kg class. Sadly, before the A160 could make its debut, the US Army cancelled its contract for the air vehicle.