The risk of uncontained engine failures has led the Federal Aviation Administration to propose requiring airlines to inspect disks inside the high-pressure turbines of some GE Aviation GEnx powerplants.

A proposed airworthiness directive (AD) made public by the US government on 11 June targets GEnx-1B turbofans, which power Boeing 787s, and GEnx-2Bs, which power 747-8s. 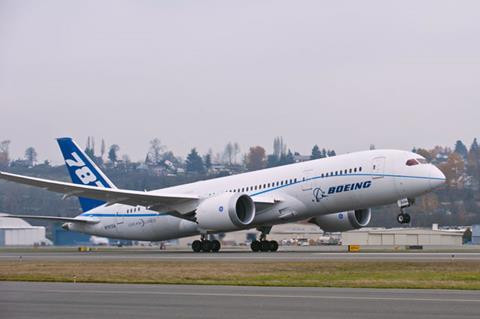 “This proposed AD was prompted by a report of the potential for undetected subsurface anomalies formed during the manufacturing process that could result in uncontained failure of the [high-pressure turbine] rotor stage two disk,” says the FAA’s proposal.

During an investigation completed by GE, “a subsurface anomaly was found in early production” disks, says the order, which would affect 276 powerplants in the fleets of US carriers.

Globally, 1,250 engines are impacted, says GE. In January, the company addressed the issue in a service bulletin calling on airlines to complete “immersion ultrasonic” inspections” of affected engines.

The US regulator is accepting comments about its proposal for 45 days.