All Nippon Airways has issued a request for proposals for the sale and leaseback of five Airbus A321neos, sources tell Cirium.

The Japanese carrier has asked lessors to submit proposals by 18 January. 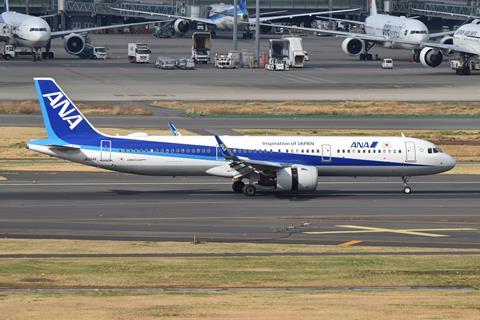 Cirium fleets data shows ANA has 14 A321neos in its in-service and stored fleet. Four of these are owned, and the rest are leased from BBAM, ALM, and SMBC Aviation Capital.

It also has 10 A321neos on order, scheduled to deliver between this month and January 2025.

The A321neos covered by the RFP are scheduled to deliver new in 2021, according to a person who has seen the document.

In the fourth quarter of 2020, ANA launched a secondary stock offering targeting to raise over Y305 billion ($2.9 billion) in net proceeds.