Flight Test Aircraft two (FTA-2) departed from the fourth runway of Shanghai Pudong International airport at 10:34 local time. Onboard the aircraft were two pilots, two engineers, and an observer. 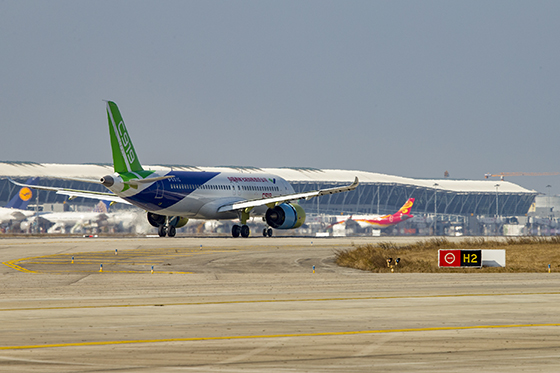 During the flight, the pilots were able to test the function of the aircraft's major systems including its landing gear, and navigation and communication systems. They were also able to test the jet's take-off and landing performance, retract its flaps, and get a sense of its acceleration and deceleration characteristics, says Comac.

The jet landed at 12:34 local time without incident. 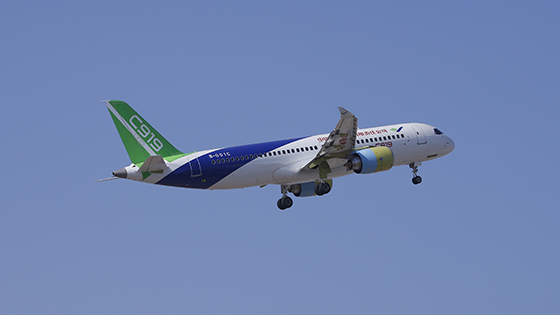 Comac says FTA-2's first flight marks another milestone since the transfer of FTA-1 to Xian.