UK to deploy Tornados in support of Iraq operations

The UK is heightening its support in the fight against Islamic militants in Iraq, as it reveals plans to position Panavia GR4 Tornado combat aircraft in the region.

A Cabinet Office Briefing Room (COBR) emergency meeting held by foreign secretary Philip Hammond on 11 August concluded that the Royal Air Force would deploy Tornados to the Mount Sinjar region of Iraq, where refugees are sheltering after being forced from their homes by Islamic State insurgents.

The Ministry of Defence announced on 9 August it would be deploying two of its Lockheed Martin C-130J transport aircraft to deliver aid to the refugees, although it failed in its first attempt because it was considered unsafe to complete the airdrop.

“As part of the £8 million [$13 million] aid we have committed to Iraq, we intend to deliver further aid drops in the coming days, and we will be working closely with Iraqi, Kurdish and international representatives in the area to mitigate safety concerns which forced the RAF crew to abort last night’s planned delivery,” a Downing Street statement said on 11 August.

“As part of that work, we have decided to pre-position a small number of Tornados in the region so that they could, if required, use their excellent surveillance capability to gather better situational awareness to help with humanitarian effort.” 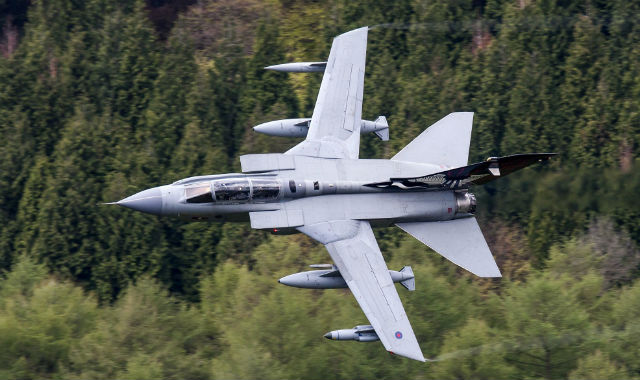 It is understood that despite one C-130J air drop being aborted due to safety concerns, successful deliveries have been conducted since. The Pentagon claims that as of 11 August, 14 airdrops have been delivered to Sinjar by the UK and USA.

The role of the Tornado in Iraq would be similar to that performed in the UK earlier this year, when the aircraft gathered information on areas affected by severe floods, the government adds.

The Tornado is likely to be deployed with the UTC Reconnaissance Airborne Pod for Tornado (RAPTOR) – a stand-off electro-optical/infrared, long-range oblique-photography system. RAPTOR can gather images of hundreds of separate targets in one sortie, while the stand-off range of the sensors allows the aircraft to remain outside heavily defended areas, according to the RAF.

The government emphasises that humanitarian relief remains the priority of the UK, and it is working with a number of international partners to better determine how many people have been displaced to the mountainside.

Despite sending in military aircraft in support of operations in the area, London has still not committed to any offensive capability in the region. Washington, however, has already authorised air strikes, primarily using the US Navy’s Boeing F/A-18E/F Super Hornets. 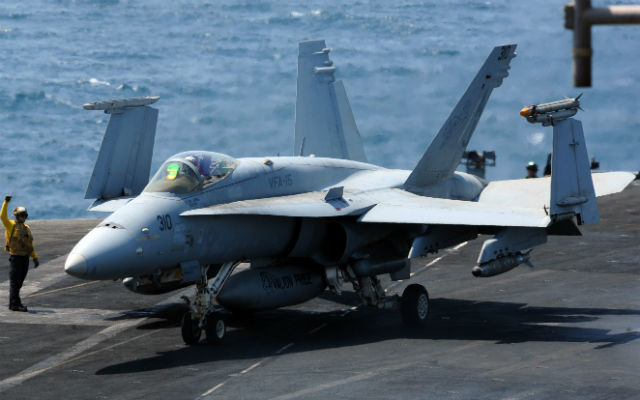 US President Barack Obama is receiving support from both the UK and France in his decision to conduct air strikes, although neither have committed to carrying them out themselves.

“I’m pleased that both leaders expressed their strong support for our actions and have agreed to join us in providing humanitarian assistance to Iraqi civilians, who are suffering so much,” Obama said on 9 August. “More broadly, the United Nations in Iraq is working urgently to help respond to the needs of those Iraqis fleeing from areas under threat.

"In my calls with allies and partners around the world, I’ll continue to urge them to join us in this humanitarian effort.”

Regarding the air strikes, Obama says US forces carried out attacks against Islamic State forces outside the city of Erbil, to prevent them from advancing on the city and to protect American diplomats and military personnel. The strikes successfully destroyed arms and equipment the terrorists could have used against the city.

The USA is likely using its Boeing C-17 strategic transports to deliver airdrops to the people on Mount Sinjar, while combat aircraft remain positioned to strike Islamic State forces should it be required.