The Ukrainian defence ministry has given its approval for Antonov’s An-70 tactical transport to enter series production for the nation’s air force, 20 years after the company’s first prototype took to the air. Confirmation of the move came during an event at Antonov’s facilities on 22 January, and followed a deal signed on 13 January.

“Adoption of the An−70 allows starting up this aircraft serial production and developing its different modifications,” says Antonov.

Kiev’s approval follows a flight test campaign launched in 2012, which was required to gain approvals for a major upgrade including the integration of modern avionics equipment and improvements to its Ivchenko-Progress D27 propfan engines, which drive counter-rotating propellers. Completed last year, this activity was conducted using Antonov’s one flying example, which was built in 1996. 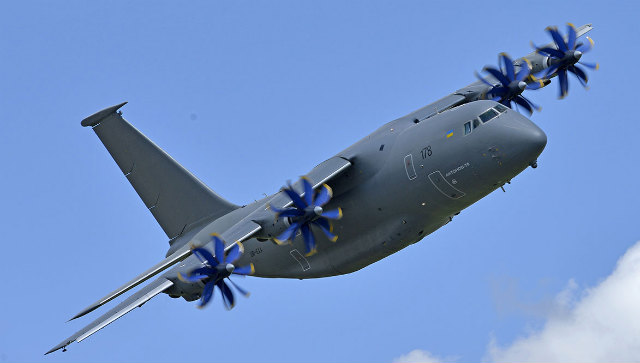 Flightglobal’s Ascend Fleets database records Ukraine as having already ordered three An-70s, with letters of intent also signed for another two. Moscow had also previously had an interest in the type for its armed forces, but this has ended due to the current conflict in eastern Ukraine involving Kiev’s military and pro-Russian separatists.

Antonov says the An-70 has a maximum payload capacity of 47t: 15t more than the useful maximum cargo limit offered by the Airbus A400M.

The first flight of an An-70 was conducted in December 1994, although that example was destroyed in a mid-air collision only two months later.