China Aircraft Leasing has declared its ambition to expand into passenger-to-freighter conversions, after in June acquiring three Airbus A330-300s through leaseback transactions.

The aircraft will be handed over to China Aviation Aftermarket Holdings (CAAM) after their leases expire, CALC said in a 23 July statement. 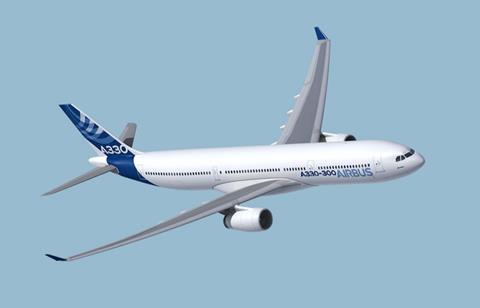 It adds: “The A330 is one of the widebody models popular among airlines, and there is growing demand for freighter conversion.

“Tapping opportunities afforded by rapid development of cargo market after the pandemic, the group plans to accelerate its pace in exploring development of the freighter conversion business.”

The lessor’s deputy chief executive and chief commercial officer Winnie Liu states: “We have witnessed increasing demand for diversified solutions for new and old aircraft from the world’s first-tier airlines during the pandemic.

“CALC will continue to utilise its professional one-stop aircraft fleet services to render support to our airline clients.”

The lessor says there were 129 aircraft in its fleet as at 30 June, comprising 104 owned and 25 managed aircraft.